Skip to main content
Back to top
Coronavirus pandemic: emergency and opportunity
Ekonomia

Article by the Governor of the National Bank of Hungary 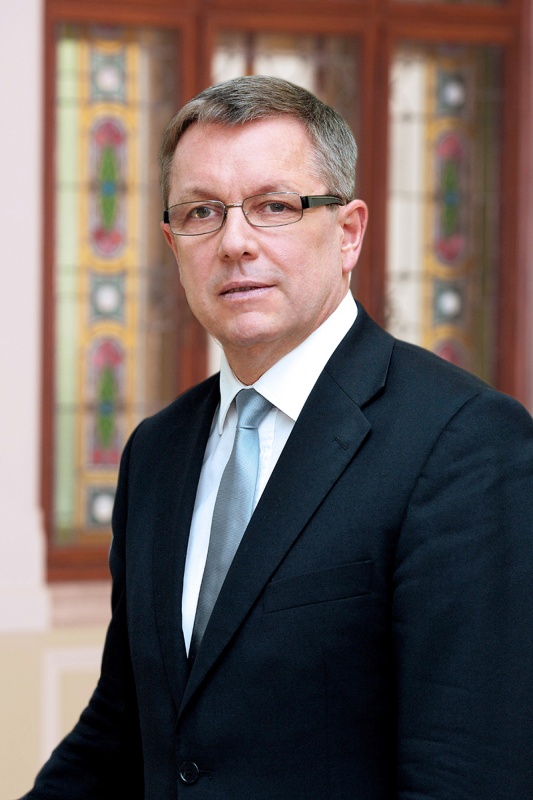 "From the stones that roll in our way, we can build a staircase with a little dexterity."

Seven calmer years in the global economy since 2013 came to an end early this year, as the COVID-19 pandemic triggered a public health emergency in the spring of 2020, the likes of which has not been seen in the past 100 years. It was unexpected for everyone. The world is fighting against a biological virus threating human lives and struggling with the fear that undermines the trust providing the fundamentals for our economies to function. Fear and dread hinder good counsel. In this extraordinary situation governments, central banks and economic decision-makers must provide powerful, coordinated responses to effectively facilitate public health measures, to ensure the restoration of trust and to sustain long-term economic function.

The short-term and long-term economic consequences of the pandemic will essentially depend on 3+1 factors. Around the world, the development profile expected for the coming years will be determined by the initial structural economic situation, the epidemiological responses to the virus, the quality of the economic policy crisis management, and quick adaptation to the accelerating new post-crisis megatrends. The Visegrad countries have been clearly doing well in the first three areas so far, giving us reason to be confident about the next seven years, even though they will certainly be more difficult.

The current public health emergency and the resulting economic crisis pose a significant challenge to both families and smaller communities, as well as to entire countries, regions and continents. In contrast to previous crisis situations, there is nowhere to find relief because the pandemic has reached every corner of the world and threatens all of us indiscriminately.

Central and Eastern Europe is right next door to the most severely affected countries and regions. However, the first battle against the coronavirus has clearly been won. The countries in the region have effectively prevented the exponential spread of the pandemic and as a result, avoided a dangerous overload of the health care systems. This is important not only because every human life saved is valuable, but also because only the countries which successfully manage their health care problems are able to overcome the economic challenges. Therefore, we have every reason to be optimistic, believing that we will be able to protect our health as well as our economies, and that the Visegrad countries will successfully continue the convergence with Western Europe, following the progress made in the past decade.

In contrast to 2008, this time we – the Hungarian people – can also be optimistic. The pandemic hit Hungary in a stable, fundamentally strong stance. The past 10 years were unparalleled in economic history. Since 2013, Hungary has been characterised by convergence that also managed to preserve the macroeconomic balance. Earlier vulnerabilities, such as household foreign currency loans, the high foreign currency ratio of government debt or the country’s dependence on external financing were completely eliminated or at least reduced considerably.

In the past 100 years, Hungary has never been so well-prepared to face a crisis as we are now. Both the budget and monetary policy offer significant room for manoeuvre and firepower to tackle challenges. The first major milestone in this process was the measures of the economy protection action plan and those taken by the central bank, which mobilise funds accounting for 18–20 per cent of annual GDP, a magnitude unseen in Hungarian economic history, to mitigate the damage caused by the virus and restart the economy. Of course, going forward, the situation must be constantly analysed, and prompt, bold decisions need to be taken when necessary.

Life will not return to normal after the crisis. A new world will emerge with new norms. We have to be prepared that previously dominant sectors may disappear, possibly for years, while new players will rise. The countries successfully managing the crisis will come out stronger in the geopolitical arena, while hesitant regions engaging in petty debates may perish forever. It is up to us to which group our country will belong.

The coronavirus epidemic accelerates several megatrends which persisted earlier. These include the application of digital technologies in all areas of life, the rise in robotisation and the irreversible spread of e-commerce. This decade may even speed up the revolution of financial innovations, which will fuse completely with new technologies, just as fast as seen in the defence industry and warfare. Only those will be able to overcome the three major challenges of the century – namely geopolitics, technology and money – who manage to tackle all of them. Those who miss out on the financial revolution will also lose out on the other two.

Many people attribute the present epidemic to uncontrolled globalisation, which is certainly true in the sense that the ‘interconnectedness’ characterising today’s world played a role in the rapid spread of the coronavirus. However, although the virus is affected by globalisation, the opposite may also be true: one of the economic consequences of the epidemic has been the collapse of global supply chains and trade relations, which may steer economic agents which previously pursued a strongly cost-based and extremely globalised strategy towards regional strategies that also consider security of supply as a major factor. The shift from global to regional in economic models may provide added significance to regional co-operations with an existing institutional system, for example the Visegrad Group.

Traditional industries, in particular the automotive industry, are clearly on the verge of radical transformation, and the sectors that could serve as the new pillars of the ‘contactless economy’, which is unfolding before our very eyes, have acquired new significance. Everybody will revisit their industrial strategy after the crisis. The past months have shown that it is unsustainable to have numerous industries from pharmaceuticals through mechanical engineering to the chemical industry with concentrated exposures to a single external agent. Our own capacities need to be developed in these areas. Foreign investments will continue to play an important role, but a new type of working capital is required, which directs investments to high tech industries with a high level of added value, instead of assembly plants. In this respect, the latest developments are definitely positive in Poland, where, in the midst of the epidemic, Microsoft announced an investment of USD 1 billion to further develop the ‘Polish Digital Valley’. Yes, the future is digital.

Renewal is crucial for success, but we only have a chance to accomplish that if we build on our achievements. The Hungarian economy, once teetering on the brink of disaster, returned to the vanguard of the rapidly developing Central and Eastern European countries between 2010 and 2019. The present situation threatens recent achievements, and thus effective, targeted responses are required to maintain the country’s economic stability and ensure that the economy can be relaunched from the best possible position. The resilience of economic agents varies, and therefore economic policy needs to assist both those in need and those who are able to ‘overtake on a bend’ and lay the foundations for economic recovery. Our convergence should continue to rest on the pillars of growth and balance. One priority is to protect jobs, but at the same time the policy of debt reduction and the reduction of external exposures and vulnerabilities should also not be abandoned. Healthy lending which is sustainable in the long term and financing based on domestic funds remain essential. Readily accessible cheap funds help protect jobs in the difficult months of the crisis, and they establish structural transformation and capital-intensive growth during the recovery.

Crises naturally bring weaknesses and tensions to the surface. While China and the United States are responding to the economic challenges quickly and pragmatically, the European Union and the Eurozone are running into their own institutional obstacles again and again. Instead of cooperation, the North – South debate and distrust between the core countries and periphery seem to be gaining strength again, hindering the quick decisions necessary to resolve the situation. Today, the issue of solidarity in Europe is not only a matter of ethics: it is the very cornerstone of the future of the European project.

Hungary and the entire Eastern and Central European region have countless ties to Western Europe, and therefore we naturally trust that the Eurozone will succeed in overcoming the challenges. However, based on the experience of the recent period, it cannot be ruled out that – similarly to the years following 2008/2009 – there will be a sequence of larger shocks. We act responsibly if we prepare to solve our problems ourselves. This is confirmed by the recognition that the Eastern and Central European countries quickly established their set of instruments tailored to their own abilities, in the areas of both fiscal and central bank policies, while using a wide range of measures within the latter policy, ranging from general asset purchase programmes to targeted credit incentive schemes, which were particularly successful in Hungary in the past. Although, the recipe for success may differ from country to country in order to mitigate the effects of the coronavirus pandemic and to restart the economy at an accelerated pace, constructive harmony and cooperation among economic policy operators, and the economic policy and companies and banks will be required everywhere. Hungary already proved in 2010, that we are able to make the economy grow while also maintaining balance as well. The opportunities for this are given now, and we should indeed make use of them.

Any responsible economic policy should keep in mind the challenges of not only today and tomorrow, but also the day after tomorrow and the months after that. We face a situation for which there are no tried and tested solutions. We are proceeding in a dark room, where we must “scan” the world around us step by step and find the way out.

Restarting exports and investments will play a crucial role in reactivating the economy. As Hungary is an open country, it is favourable for Hungary if the economy is restored in the exporting sectors as fast as possible, according to general crisis experience. It is an advantage that our country has strong export relations with regions where the pandemic management may be deemed as successful so far. Such regions are China, as well as Germany and the Visegrad region in Europe.

The lessons of a crisis cannot be drawn soon enough, since the success of the recovery depends on whether we orient ourselves to the old world or the new world. It is hardly doubted that our lives will change substantially after the crisis, and thus we need a new vision for the future. We believe that every new risk also represents a new opportunity, and accordingly, we will respond to the challenges before us with the necessary courage.

We wish our Polish friends success in overcoming the pandemic and managing the economic consequences.

Governor of the National Bank of Hungary

[1] István Széchenyi (21 September 1791 – 8 April 1860) was a Hungarian politician, political theorist, and writer. Widely considered one of the greatest statesmen in his nation's history, within Hungary he is still known to many as "the Greatest Hungarian".