Skip to main content
Back to top
Institute Board Members

Members of the Institute Board, appointed by President of the Council of Ministers Mateusz Morawiecki

Deputy Piotr Babinetz - President of the Institute Council - a Polish politician, local government member and a historian, 6th, 7th and 8th term Sejm Deputy. A history graduate at University of Wrocław's Faculty of Historical and Pedagogical Sciences. Former Krosno councillor and Podkarpackie local government assembly member. He was active within the ranks of the Confederation of Independent Poland (KPN) - Patriotic Bloc (Obóz Patriotyczny) and Right Alliance (Przymierze Prawicy), then he joined Law and Justice (PiS). Since 1995 member, and then after 2001 secretary, of the board at Podkarpackie History Association. Author of scientific articles, such as 'Passage of general Kazimierz Sosnkowski across the Carpathians to Hungary in 1939 - in light of accounts by its participants'. Member of the Polish - Hungarian Parliamentary Group.

Prof. Arkadiusz Adamczyk - Vice President of the Institute Council - Ph.D. (dr. hab.) in Humanities, associate professor at the Jan Kochanowski University (UJK) in Kielce. In 1999 the academic degree of doctor of history was conferred upon him at the University of Lodz, and in 2009 he earned his post-doctoral qualification (habilitation) in political science at the Polish Academy of Sciences' Institute of Political Studies. Since 2010 an associate professor at the Jan Kochanowski University in Kielce, Piotrków Trybunalski branch, Philology and History Faculty. Currently a professor at the Law, Administration and Management Faculty, UJK in Kilece. Author of history articles on Hungary related topics, such as 'On the eve of war. Polish and Hungarian capacity to influence the geopolitical shape of Central-Eastern Europe in 1919 - 1939'.

Dr Adam Szabelski - Secretary of the Institute Council - History Institute graduate at the Adam Mickiewicz University in Poznań. Hungarian history and Polish - Hungarian relations researcher. A humanities doctoral degree was conferred upon him on the basis of his "The political thought of Kelemen Mikes in his Letters from Turkey" dissertation. Author of numerous scientific articles and popular science publications on topics related to Hungary, such as 'An Exile’s Life: Francis II Rákóczi’s Stay In Turkey, 1717–1735'; 'Elizabeth Báthory in bibliography'; 'On Hungarian blood in the water, or the Hungary - USSR conflict and the 1956 Summer Olympics' or The Hungarian king’s two bodies'. Sidenotes on monarchical rule in Hungary in Jan Sowa's book entitled 'The King's Phantom Body'.

Dr Wojciech Frazik  - a Polish historian, bibliographer, independence opposition movement activist during the communist era. As member of the Independent Students' Union he took part in the students' strike at the turn of November 1981. In the 1980s he was a distributor of underground publications. In 2012 he successfully defended his modern history doctorate at the Jagiellonian University. During 1991 - 2000 he was employed as an assistant at the Institute of History, Polish Academy of Sciences and after 2000 member of staff at the Institute of National Remembrance Public Education Branch Office / Historical Research Branch Office in Kraków. Author of the 'Emissary of Free Poland. Wacław Felczak's political biography (1916 - 1993)'.

Dr Marek Natusiewicz - Wrocław University of Technology architecture graduate . During 1977 - 1988 employed at the Voivodeship Spatial Planning Office in Wrocław. Association of Polish Architects member since 1978. Member of "Solidarity" since  September 1980, during the marshall law - member of "Solidarność Walcząca". During 1997 - 2001 an expert at the Wrocław Town Council Spatial Development and Architecture Commission. Lecturer at the Wrocław College of Humanities since 2007. Author and co-author of more than 200 publications on architecture, designer of the St. Judas Thaddaeus Church in Jelenia Góra - Czarne. In 2017 he was awarded the Cross of Freedom and Solidarity and the Order of Polonia Restituta Officer's Cross. President of the King Matthias Corvinus Club in Wrocław. 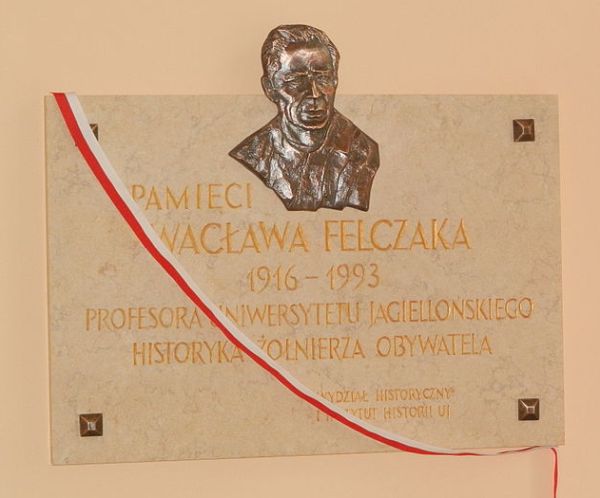 see also: Presentation of nominations to Institute Board members