Skip to main content
Back to top
Viktor Orbán: What happened to our European Union?
Polityka

– The EU will not fix itself. We will have to help get it back on the right path –  Prime Minister Viktor Orbán began his address at the conference in Budapest. 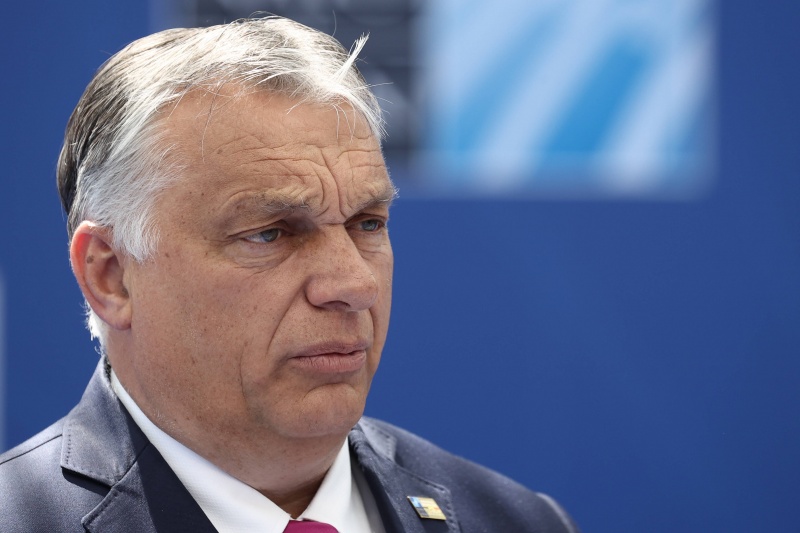 Brussels is creating a European superstate instead of a Europe of nation states, Prime Minister Viktor Orbán said, insisting that “national democrats” opposed the makers of empires, who were in turn “opponents of democracy”.

Orbán noted also that the EU’s economic power was declining. – The Frankfurter Allgemeine Zeitung reports that in June 2021 only 45 per cent of Germans said they were free to state their opinion, while 44 per cent shared a view to the contrary. According to the respondents, they can easily burn themselves if they state what they actually think about Islam, patriotism or love of country. Václav Klaus – the brightest beacon among former political leaders in Europe today – says that man, family and nation are under attack all at once, threatening the future of Europe. Vice President of the European Parliament Barley says that Hungary and Poland should be starved. One of the Vice Presidents of the Commission says about a Member State of the EU, about us, that we’re a sick democracy. What happened to our European Union? – the Hungarian Prime Minister asked on Saturday addressing a conference marking Hungarian Independence Day.

– In 2008, the EU accounted for 25 per cent of the world’s GDP, while in 2019 this percentage was just 18. In 2008, the EU accounted for 22 per cent of the world’s total manufacturing value added, this in 2019 just 15 per cent. In 2001, 14 of the world’s 50 largest companies were European, today only 7. Among the world’s 10 largest financial centres, there isn’t a single venue in the European Union. Thirty years ago, the European Union filed seven times as many patent announcements as China, while today China files fourteen times as many as the European Union. In the past 25 years in the world, 20 companies have been established whose value is above 100 billion dollars today: 9 American, 8 Chinese, there is no European company among them. What happened to our union? In the past thirty years, the United States has increased its military expenditures by more than 30 per cent, China has increased its military budget nine-fold, meaning by 900 per cent. Today the EU is where it was thirty years ago. Today there are only two countries from the European Union among the world’s ten countries with the highest military expenditures. What happened to our European Union? – Mr. Orbán asked rhetorically.

The Hungarian Prime Minister stressed that “freedom didn’t just knock on our door, we fought for it; communism didn’t just collapse, we toppled it; the Berlin Wall didn’t just come down, we knocked it down; the Soviets didn’t leave, we forced them out”.He added that “today we are the same that we were then: Europe’s last surviving freedom fighters,” and Europe’s history didn’t just change, we changed it. – Also today, Europe will not mend itself, it will not change, we will have to mend its ways, change it and lead it back to the right path that was once successful. Today, the European Union needs “our kind of freedom fighters again – he added.

In his address, the Prime Minister listed the government’s seven theses.

He said the first thesis is that we are heading fast towards an empire-style European Union, instead of a Europe of nations, a European superstate is being built in Brussels which no one has given a mandate for.

He stated there is no such thing as European demos, there are only nations, and without a demos, a democracy cannot be built. Therefore, he continued, the building of the Brussels empire necessarily leads to a deficit of democracy. “What we would like is something completely different. We want a democracy of democracies, the basis of which is constituted by the nations of Europe. We shouldn’t be afraid to state it out loud: we democrats standing on a national basis are up against the empire builders who are, in actual fact, also opponents of democracy,” he said.

The second thesis, he said, is that, in his view, today Brussels is being guided by those who see integration not as a means, but as a goal, a goal for its own sake, and they therefore want to override all national interests and traditional values. He took the view that the EU’s legal system and institutions promote this aspiration, rather than hinder it.

According to the Prime Minister, this is why they are making every effort to weaken the natural communities that constitute the foundations of European culture. “Nation, regions, Christian and Jewish churches and families are in the crosshairs,” he stressed.

He said this is why the Hungarian government said that the phrase “an ever closer union” should be removed from the Treaties of the EU at the first available opportunity.

According to Mr Orbán, the government’s third thesis is that Brussels has outsourced a considerable portion of its power and has handed it over to networks organised and controlled from outside Europe, primarily to the Soros networks and the interests of the democrats of the US behind them.

He said the process is that as a first step, the Commission was shifted from the politically impartial position of Guardian of the Treaties and transformed into a political body. In his view, this was not even done in secret, but it started with a public announcement by former President Jean-Claude Juncker. He observed that this is why the British and the Hungarians did not support Juncker’s election as president, and this is what eventually led to Brexit as well.

The second step, he continued, is that the Commission transformed into a political body prepares rule of law reports about the EU’s Member States by outsourcing this work to fake civil-society organisations operating in the Member States, all of which, almost without exception, belong to George Soros’s network throughout the continent. In the third step, according to the Prime Minister, the democratically elected governments of Member States are rated on the basis of their data and opinion, and they even want to punish those who are not to their liking.

This stated that this is an abuse of power which Member States delegated to the Commission.

He said the EU’s tenet is based on the simple assumption that together the Member States are able to achieve better results than one by one. However, if it is revealed that one by one we are or can be more successful economically, that is the end of the European Union.

“Therefore, we who are advocates of the European Union must only support a policy which focuses exclusively on common economic success,” he said. He took the view that instead, today Brussels is fighting with itself, its own Member States; it lectures, threatens, forces and punishes us, meaning that it abuses its power, and by doing so it makes a mess of itself.

The fifth thesis, according to the Prime Minister, is that the next decade will be a period of dangerous challenges, an era of mass migration, epidemics and pandemics, and in this dangerous period we will have to create security and be successful in the world economy.

He stressed that restoring European democracy is the first pre-condition of success. Therefore, in the interest of protecting the national and constitutional identities of Member States, a new institution must be created with the involvement of the constitutional courts of the Member States.

As the sixth thesis, he stated that the European Parliament has proved to be a dead-end street as regards European democracy; it only represents its own party, ideological and institutional interests. With regard to this, we must significantly increase the role of national parliaments. He suggested that national legislatures should send representatives to the European Parliament – based on the model of the Parliamentary Assembly of the Council of Europe. National parliaments should additionally be given the right to stop the EU’s legislative process if they believe that it infringes national powers, meaning that a red card procedure should be introduced.

The Prime Minister pointed out as the seventh thesis that Serbia must be admitted to the European Union because the EU has a more compelling interest in Serbia’s membership than Serbia itself.

Mr Orbán pointed out that the debate on the future of the European Union has begun, finally we can talk about problems openly, about everything that we find injurious and that upsets the citizens of Member states.

“The stage, too, has been built for us, we only need to pluck up enough intellectual courage, and we can use it for our benefit,” he said.

He stressed that with the debate on the European Union, Hungary has been given a chance to stop “the European Union turning into a Soviet Union and Brussels into Moscow”. “We know the true extent of the threat as we have only been free for thirty years,” the Prime Minister added, taking the view that we have always been Europe’s freedom fighters”.

He stressed that the Hungarians fought for freedom, while Westerners inherited it. “What a difference,” he said, adding that the times have changed: Thirty years ago, we believed that Europe was our future, but today we already see that we are the future of Europe. He finally said we should have the courage to be democrats and freedom fighters also in Brussels because this is the only way that can lead to a new European renaissance.