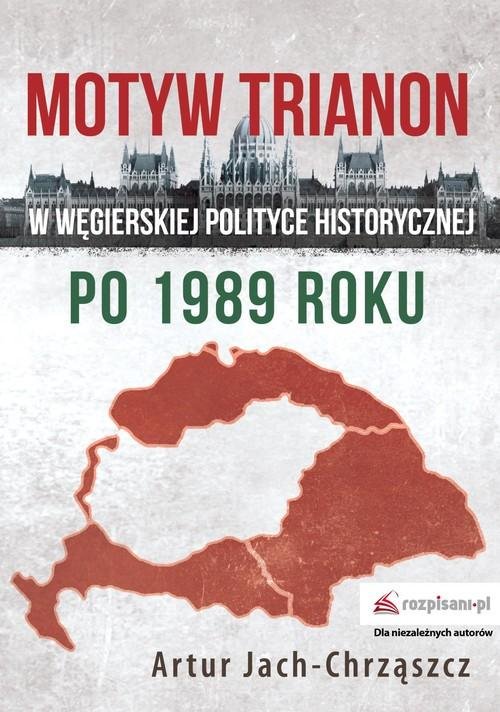 4 June 2020 marks 100 years since the conclusion of the famous treaty in Trianon, France. A tragic event for Hungarians. It is for our brothers be what all the partitioning treaties and Yalta put together were for Poles. The Hungarian trauma has been going on for an entire century, is it therefore an eternal trauma?

100 years ago in Hungary bells were tolling and mourning masses were celebrated, offices and schools were closed and state flags were lowered. The news that came from the Grand Trianon Palace in Versailles, where the peace treaty between Hungary and the Entente countries was signed, was truly Job-like. Transylvania, Upper Hungary, Carpathian Ruthenia, Croatia, Banat, Baczka and Burgenland with 3.5 million Magyars living there were torn away from Hungary. The country had shrunk from 325,000 to 93,000 square kilometres and the population from 21 to 8 million. Hungary was to pay war reparations, it was forbidden to maintain an army of more than 35,000 soldiers, air force, navy, military industry, or build railway lines wider than single-track.  It became a scapegoat on the altar of French politics in Central Europe. During the interwar period, on the Trianon anniversary, parliament, officials and millions of citizens mourned along the banks of the Danube.

What is Trianon for Hungarians today? Artur Jach - Chrząszcz proposed an interesting perspective on the issue in his book entitled "The Trianon motif in Hungarian historical politics after 1989". The author holds a PhD in social sciences in the field of political and administrative science, is associated with the Kraków scientific community, and Hungary's present day politics is at the centre of his interest. Dr. Jach - Chrząszcz has set himself the goal of describing with the help of tools and methodology of political science the phenomenon of Trianon trauma. So it is not a historical book, although the historical context is constantly present in it. In the first chapter, the author acquaints us with the political network of terms and phrases he uses, specific to Hungarian themes and circumstances. The fragment devoted to historical politics and its perception by Dr. Jach - Chrząszcz - seems to be particularly important here due to the role of the leitmotif of further deliberations. The second chapter is a very interesting lecture on the history of Hungarian political thought from the early nineteenth century to the present day, derived from such symbolic figures as: István Széchenyi, Lajos Kossuth, Zsigmond Kemény, Győző Concha, Ferenc Erdei, István Bibó. Thanks to them we can better understand the genesis and specificity of the Hungarian party system from the late 1980s to the present day. The analysis of sociological research on Trianon in the political life of contemporary Hungary is extremely important to the topic. The historic background of the events of 100 years ago and the descriptions of the peace treaties concluded with the central countries at that time - including Hungary - are filled in by chapter three. In the last chapter, most extensive one, we finally come to the recapitulation of the programmes and activities of the three largest political parties in Országház, in the context of the memory of Trianon. These are: MDF (Hungarian Democratic Forum), MSZP (Hungarian Socialist Party) and of course FIDESZ (Hungarian Civic Alliance). The consequences of the 1920 Treaty, which continue to this day, imply modern, very concrete issues like: Hungarian's Card, the Act on Dual Citizenship of 26 May 2010, relations between Hungary and Slovakia and Ukraine. The accession of Slovakia and Romania to the European Union represented a qualitative change in the situation of the Hungarian minorities there and relieved tensions in the region. Paradoxically, the crisis in Ukraine and the increasingly active policy of the Russian Federation have also brought Budapest and Bratislava closer together. It is worthwhile exploring the whole issue described in detail by Dr. Jach - Chrząszcz.

Undoubtedly, the book has great cognitive value for everyone interested in Hungarian issues. The author presented extensive and deep knowledge based on a solid scientific basis and current observation brought almost to this day. The book is equipped with a rich scientific apparatus - well over a thousand footnotes and several hundred items in the bibliography which is a signpost for further reading. However, an index and maps necessary for this kind of subject matter are missing. Analysis of research concerning the knowledge of the historical affiliation of Spiš and Orawa by the inhabitants of individual Polish provinces is also surprising. It's more of a subject for another publication.

Finally, a methodological note. Historical politics is still - at our latitude - at the stage of defining, determining its essence and scope. Arthur Jach - Chrząszcz narrowed down its framework in the context of Trianon to MDF, MSZP and FIDESZ, their programmes implemented by the highest state institutions during the periods of their rule. He was entitled to do so. However, allow me to express a view that this narrows the subject matter down and impoverishes the image of the whole. Historical politic also applies - in all countries, not only in Hungary - to lower-level state institutions, local government, scientific and educational institutions, cultural institutions, media, third sector entities. These are often more effective and even replace government institutions in this field. Example? Most European countries maintain in their historical policy the memory of German responsibility for the horrors of World War II, but cede this activity "down", because the highest parliamentary and governmental factors are bound by the concern for good relations with the modern German state. The same applies to their relations with the Russian Federation. Therefore, reading the title of the work by A. Jach – Chrząszcz, I expected a much broader approach to the subject than that described above. Perhaps this should be put right in the next publication?

The book's author proved that the memory of the 1920 treaty is still a living and important factor in Hungarian domestic and foreign policy. It will also remain so in the foreseeable future shaped by the current Hungarian circumstances. This is a specific feature of this country and cannot be otherwise due to the enormity of the tragedy that affected the Hungarian nation at the time. The 100 years that have passed since then is not, despite appearances, a long period in the life of a nation aware of its history. Congratulating to Dr. Artur Jach - Chrząszcz on his enormous scientific knowledge about the political life of Hungary, we ask for more publications.

The author is a historian and publicist, an employee of the Institute of National Remembrance.