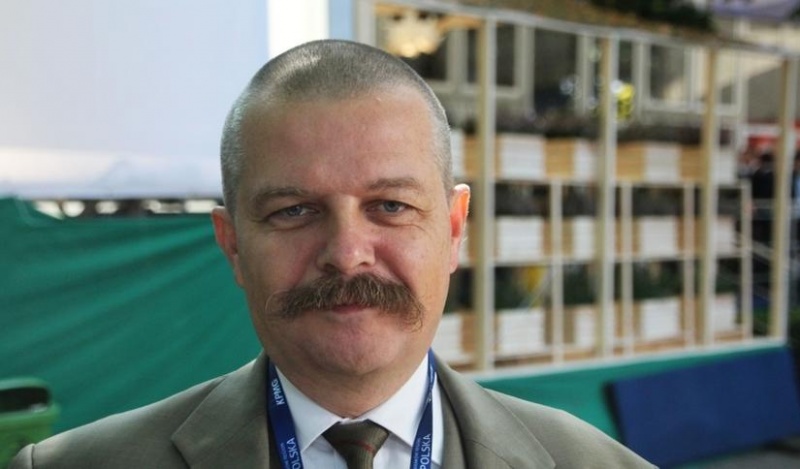 "Just like every sovereign state we are facing a multitude of challenges posed by political interests clashing with other players on the international arena. Such clashes generate costs and tensions, both financial as well as psychological" – says Prof. Przemysław Żurawski vel Grajewski, interviewed by Jakub Maciejewski for the "Sieci" weekly.

There was no choice...

There would not have been any uprisings if we hadn't had to face such dramatic situations. And the dilemma wasn't whether to fight or not to fight but rather, as in 1863 for example, whether to be conscripted to the Russian for 25 years army and fight against the Chechens and Circassians in the Caucasus or to head for Kampinos with a war-scythe to take part in the insurrection.

Such an interpretation of what happened depicts the "Polish madness" in a completely new light.

Still it should be obvious that people are willing to take up arms and fight when they have no other choice, when they have to defend themselves as the virtues they hold dear and their way of life are being threatened. They will either risk their life for a despotic occupant or for their own cause and that of their nation. For me, a plaque at the St Peter and Paul Church in Vilnius, founded by the parents of a soldier who died in Russian uniform fighting the Hungarians in 1849 is a symbol of the inability to not shed blood. How many Poles died fighting the wars of our invaders? It was that blood, rather that the blood of the insurgents, which was spilled pointlessly.

And what about today, when the choices are not so dramatic, what political attitudes are most visible?

Just like every sovereign state we are facing a multitude of challenges posed by political interests clashing with other players on the international arena. Such clashes generate costs and tensions, both financial as well as psychological. In other words Polish citizens themselves have to have the mental ability to enter political disputes with other entities and bear the costs whilst hoping for a successful outcome.

But success is a rare thing when it comes to such clashes.

Just like in any game, we will win some and we will lose some and some results will be inconclusive. On the other hand, it is extremely naive to claim that successes will be cost-free or that some external entity will, for general humanistic reasons, take better care of our interests than we do ourselves.

Let us return to Polish matters/quarrels. Those most current. Are the presidential elections at a predetermined date a threat to the life and health of Poles?

This is the narrative of one of the political camps, which has to exaggerate the scale of the pandemic. This is difficult because in comparison with other European countries the effectiveness of Poland's efforts is above average. In Italy, Spain or in such a well-organised country as the United Kingdom, COVID-19 is taking a huge toll, so the opposition in Poland is left with various conspiracy theories about concealing deaths or deliberately low number of tests. This would have to mean that there is a whole structure of conspiratorial doctors who, out of particular sympathy for the ruling camp, would understate the statistics, and the brave investigators from "Gazeta Wyborcza" and TVN did not manage to catch anyone in the act because this conspiracy is organized so well.

Such a vision, which is funny, is not reflected by the facts. ABW is not tearing laptops away from the editors of weeklies who have tracked down something untoward, and at the government's request newspapers are not taken over, as was the case with "Rzeczpospolita" under Donald Tusk.

So, in your opinion the quality of the elections to be held will be up to scratch?

The only serious issue is the technical feasibility of this procedure. A simple comparison to the postal elections in Munich is not adequate - there was a dense concentration of people in an urbanised, well-connected area. The same challenge, applied to 38 million citizens across the country's diverse infrastructure, is already a much more difficult task.

On the other hand, the government is not a pioneer here, it can learn from others – there are experiences from South Korea, Switzerland and some North American states. This can be contested, but to raise the subject of rigged elections is a slander without any facts to back it up. And we had such prerequisite under Civic Platform, when PKW employees were going to "exchange experiences" to Moscow. In Mazowsze, local government elections took place, where PSL miraculously won along the administrative borders, with a large percentage of votes invalidated. The memorable embarrassment of the PKW, which in 2014 could not count the votes for almost a week, and in Szczecin the presidential election was won by a man who was not even a candidate...