We have defended Hungary's interests – the prime minister Viktor Orbán said in Brussels, pointing out that EU heads of state and government agreed on a new budget. 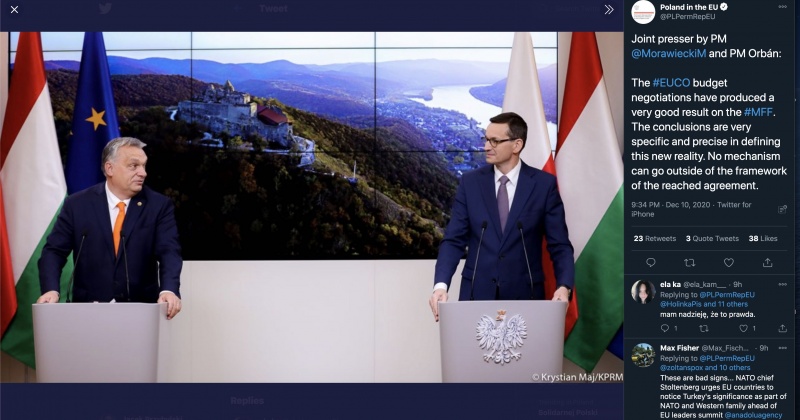 During a joint press conference involving Polish PM Mateusz Morawiecki, Orbán said that common sense prevailed and that they achieved three important goals during their negotiations with the EU.

– We defended the European Constitution. We did not allow them to go around it – he said regarding the first goal, and regarding the second, he added: We prevented the danger of using budgetary measures to pressure Hungarians into taking decisions that we do not want. – And ultimately, we defended the Hungarian funds, which will be needed in the coming years for economic development – the emphasized.