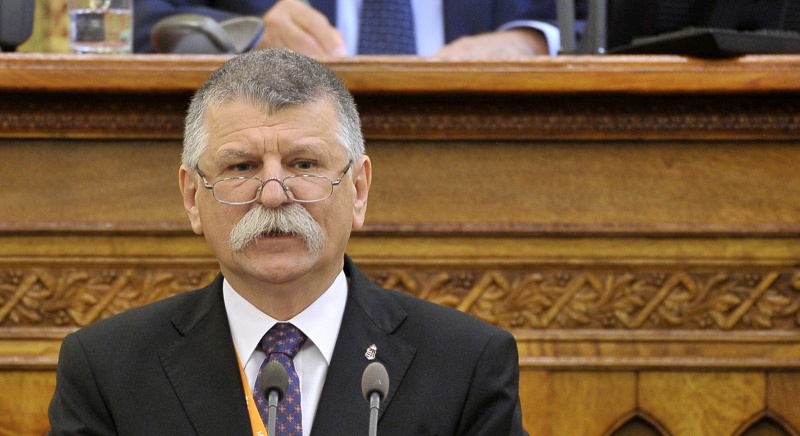 Just days ahead of Friday's European Union summit at which national leaders will discuss the EU's seven-year budget and the €750 billion economic recovery package, the Hungarian Parliament approved on Tuesday with overwhelming majority a resolution setting out the conditions under which the country can approve the recovery package.

"Our homeland is - at least in our belief - not for sale, thus we are not willing to voluntarily accept a leash whose other end is held by those who are intent on colonizing anew the small Central and European states," Speaker of the House László Kövér said during the debate of the motion, which was eventually approved with 128 votes for, 16 against and one abstention.

The resolution says Hungary will not accept any political condition for the recovery package, which in effect means that it will resist any attempt by Western member states to link the transfer of funds to rule of law conditions. The proponent of the idea is Germany, supported by Austria, Denmark, the Netherlands and Sweden.

Parliament also set the condition that Hungary can only accept any deal after all Article 7 proceedings against it are closed.

"Nobody should harbor any illusions - neither in Brussels nor here in Budapest - Parliament will not accept any political condition linked to the recovery package," Kövér said, adding that while Hungary agrees with the idea that the European Union should have a mechanism to ascertain that rule of law is observed, any such solution must be arrived at without upsetting the balance between the EU's institutions and taking into account national identity and equality.

Parliament also resolved that the recovery package should not support affluent member states at the detriment and from the funds of poorer nations.

Essentially saying the same as Prime Minister Viktor Orbán said repeatedly during the past few weeks - namely that Hungary will agree with the recovery out of solidarity rather than necessity, Kövér said. "Hungary (...) is able to overcome the current economic difficulties on its own, meaning that it does not and will not need any EU lifesaver, and by the way, we do not agree with the crisis solution plan of the European Union."

Title image: Speaker of the House László Kövér during the debate of the motion regarding the EU recovery fund in the Hungarian Parliament on July 14, 2020. (MTI/Attila Kovács)