A Friend In Need’s a Friend Indeed 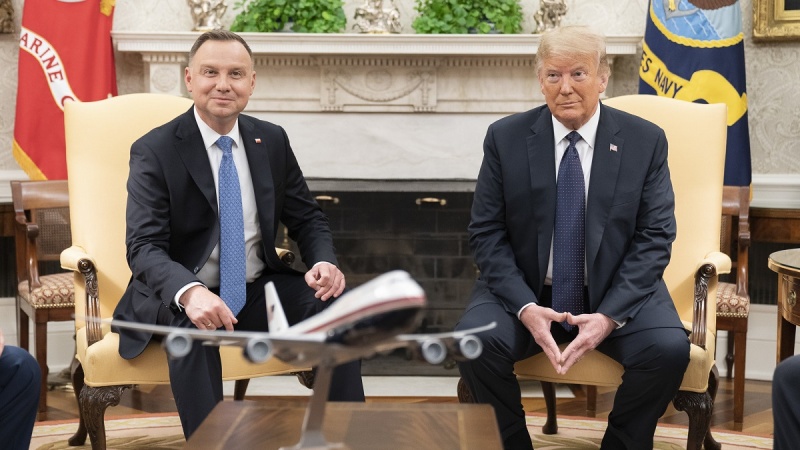 The press knew the key topics before the last U.S.-Polish presidential assembly in Washington—in this sense, the June 24 meeting between presidents Donald Trump and Andrzej Duda did not leave too much in the dark. Krzysztof Szczerski, the main figure and brain behind Duda’s foreign policy in the last five years, spoke about “three main topics: [...] health, [...] investments and development, and [...] security”, including energy, cybersecurity and the Three Seas Initiative (3SI). All of them reflect recent events, and are important to both parties.

All three topics Szczerski hinted at are mentioned in the new Polish National Security Strategy. Published in May 2020, the document follows closely the American view on hard security issues, mentions 3SI, the importance of fighting against future pandemics, dedicates a subchapter to cybersecurity, and aims at the development of a “strategic  cooperation  with  the  United  States  of  America,  particularly  in  the  areas  of security and defence (including in the form of  enduring presence of the US Armed Forces in Poland), technology, trade and energy”, and describes the stance of international relations as a “growing  strategic  rivalry  between  the United States of America, the People’s Republic of China and the Russian Federation”.

In recent years, Poland has done a tremendous job in deepening its cooperation with the United States. Albeit that there is still work unfinished (such as the enlargement of the Świnoujście LNG terminal or the completion of a second one in Gdańsk), the most developed area of 3SI cooperation is its energy leg that U.S. LNG made possible. Microsoft’s recent announcement of a major, USD 1 billion investment in Poland underpinned the importance of financing the digital sector, and that investors favor the Polish IT business environment. 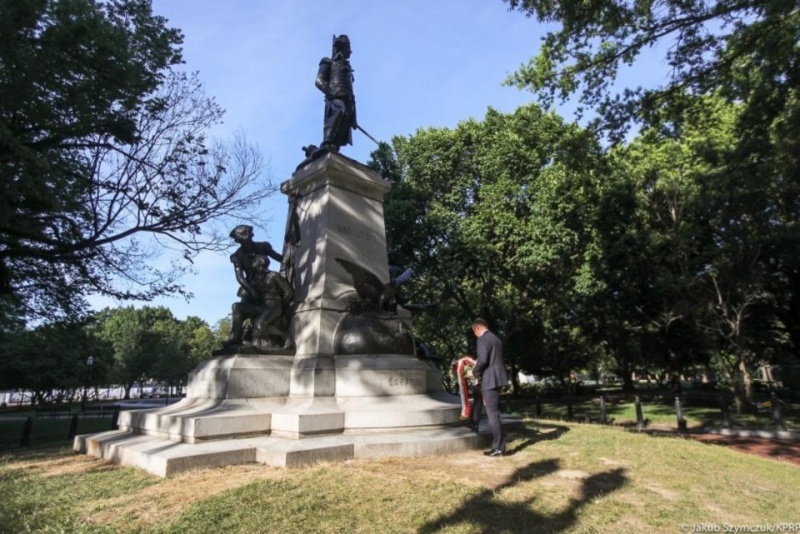 The visit of Duda came at an interesting moment that is defined by a presidential election in the European country, and turbulent times in the USA. In light of the forthcoming elections of June 28 2020, this visit “crowned” a presidential tenure under the Polish-American relationship deepened. Security concerns lie at the core of this process—this extends to such important initiatives like a growingly important 3SI whose creation the Duda administration shaped from the very first moment. From the American side, Trump hosted the first president after the COVID-19 lockdown—and he chose a staunch European ally.

In light of Trump’s recent decision of removing 9,500 U.S. troops from Germany, the presidents were expected to touch upon the issue of relocating and/or increasing American troops on Polish soil. Closely related to this issue, Poland has not yet signed a Defence and Cooperation Agreement (a document that can legally address the issues related to the stationing of U.S. forces in Poland, such as jurisdiction etc.) with the U.S., a step that such regional countries like Estonia, Latvia, or Hungary have already done. The meeting offered an opportunity also for closing this issue. 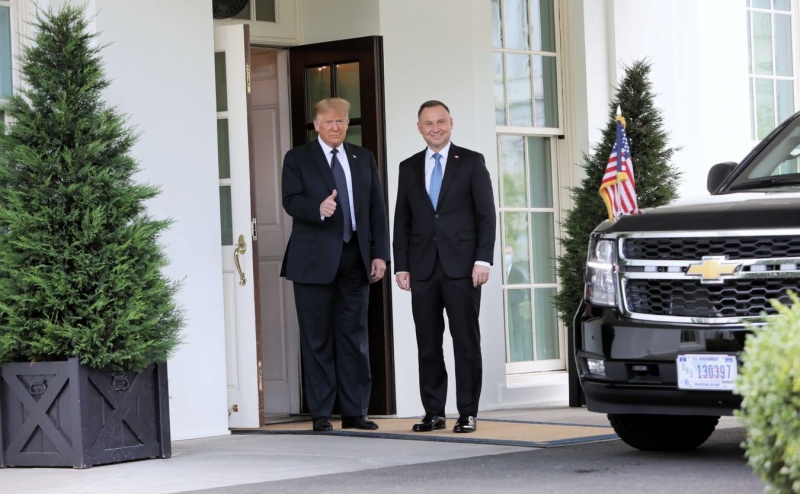 How does it resonate with the key topics of the Trump-Duda meeting? The press conference proved all these major points mentioned earlier, and in some areas, went deeper than expected.

The June 24 event is a success for the Polish president. The topics the two politicians covered extend to a broad rage, from military to health and economic cooperation. U.S. involvement in the development of a civilian nuclear energy sector in Poland further enhances the country’s energy security, and can be seen as a pushback on recent news of Gazprom trying to raise the gas price for Poland. The Three Seas Initiative and its energy leg has been further strengthened thanks to the agreement signed to enlarge the LNG terminal in Świnoujście. Concerning military issues, President Trump confirmed that some U.S. troops will relocate to Poland from Germany, most probably on a rotational basis.

Outside of the security realm, the further development of business and scientific connections will continue, as Google will invest a maximum of $2 billion in a new data center. Polish citizens, upon completed research, will get access to the COVID-19 vaccine currently developed, too. Presidents Trump also hinted on areas for future cooperation by mentioning the Defence and Cooperation Agreement that is in the U.S.-Polish talks.

Although some could have expected that this meeting would not result in any meaningful decisions or announcement, something different unfurled. The meeting resulted in tangible projects that, upon completion, will grant Poland a stronger regional role.

Foreign policy analyst Zsombor Zeöld holds an MA in Central and Eastern European Studies from the Jagiellonian University. As the current CEPA–HIF Andrássy Fellow in Washington D.C., his main research topic is the Three Seas Initiative.