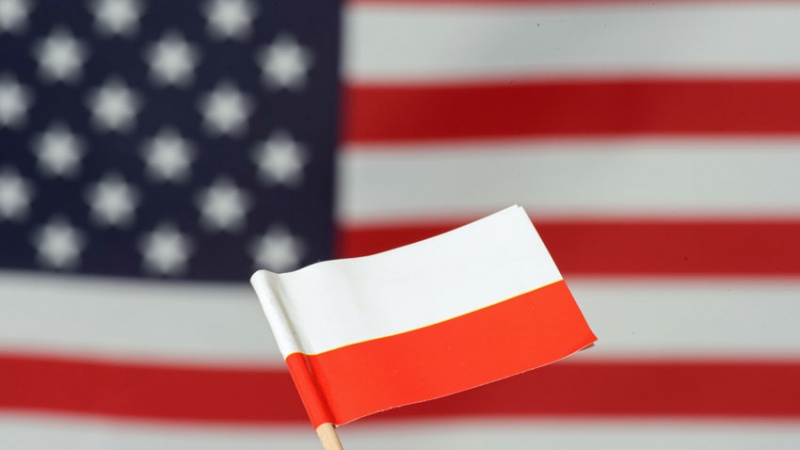 When Donald Trump won the American presidential election in November 2016, Viktor Orbán, the Prime Minister of Hungary, was the first EU leader to congratulate him. Orbán had also been the only European head of government to openly support Trump during the presidential race. However, it was only when President Trump’s administration at last appointed a new ambassador to Hungary, in the person of David Cornstein, in June 2018 that the improved relations between the United States and Hungary became palpable. Previously, as Cornstein himself says, the Obama administration had been openly critical of Orbán’s governments. And this did not change immediately on Trump’s taking office in January 2017: before Cornstein’s arrival in Budapest, Chargé d’Affaires David Kostelancik, who had been appointed as Chief of Mission after the departure of Obama’s nominee, Ambassador Colleen Bell, continued to openly criticise the Orbán government and support the opposition in much the same way as the former Chargé d’Affaires Andre Goodfriend had done during the Obama years, leading to a serious deterioration of the relationship between the United States and Hungary. The change of attitude from Washington was best illustrated in July 2018, when the US embassy in Budapest announced the rejection of all applications for a $700,000 grant intended to support local opposition media in Hungary. The US grant, rather unusual in an allied NATO and EU country, had been announced in November 2017, just a few months before the Hungarian general election of April 2018.

In line with his attitude towards Hungary under Orbán, US President Barack Obama, while speaking alongside his Polish counterpart Andrzej Duda at a press conference at the NATO summit in Warsaw in July 2016, openly criticised Poland’s new right-wing government for not doing enough to solve the crisis concerning the country’s constitutional court, which was at the centre of an investigation procedure opened by the European Commission.

A shift of attitude under Donald Trump

By contrast, a year later President Trump paid a state visit to Warsaw, where he gave a much reported speech in which he praised the Polish nation for its spirit and courage, and described Poland as “an example for others who seek freedom and who wish to summon the courage and the will to defend our civilisation”, while promising increased military support for Poland and economic cooperation with the Central European Three Seas Initiative, a regional forum of cooperation which plays an important role in conservative Poland’s foreign policy. In September 2018, the American President once again offered Poland as an example in a speech to the UN General Assembly, in which he said that under his administration the United States rejected “the ideology of globalism” and embraced “the doctrine of patriotism”, and promised that “The U.S. will not tell you how to live and work or worship” while asking other countries to “honour [U.S.] sovereignty in return”. Donald Trump also told the UN Assembly that “in Poland, a great people are standing up for their independence, their security, and their sovereignty”. Such open support for Polish leaders came a week after the European Commission had decided to take the case of the independence of the Polish Supreme Court to the Court of Justice of the European Union.

In an even sharper contrast with the Obama years, when the Hungarian Prime Minister met the US President in the White House in May of this year, Donald Trump praised him as being “highly respected all over Europe” although “probably like me, a little bit controversial”. He said PM Orbán had done a “tremendous job” keeping his country safe and that he had “been great with respect to the Christian communities” abroad, even joking that the two of them were like twins. For years, the same Viktor Orbán had been shunned by Barack Obama, whose administration avoided all high-level, bilateral contacts between the two NATO allies.

But the improved relationship the United States has with the two Central European countries under Trump’s administration is not reflected only in a new public discourse.

Under the PiS governments, Poland has ensured a continued US military presence on its soil. This began under Barack Obama’s administration, which announced the deployment of 1,000 US troops to the country as part of a NATO deployment covering Poland and the Baltic states. The same administration confirmed, at the Warsaw NATO summit in July 2016, that it would deploy an armoured brigade with some 4,500 troops on the eastern flank of the Atlantic Alliance, with its headquarters in Poland and a rotational presence in Poland and in other Central and Eastern European allies. Then in June 2019, during President Andrzej Duda’s visit to Washington, his American counterpart Donald Trump announced the future deployment of an additional 1,000 troops to Poland, and went as far as to threaten to transfer American troops from Germany to Poland. “Germany is not living up to what they are supposed to be doing with respect to NATO, and Poland is,” Trump said. In contrast to Germany, Poland is one of the few European NATO members that reach the NATO target of investing the equivalent of 2% of GDP in their own defence. Furthermore, in March 2018 Warsaw signed a $4.75 billion deal for the American Patriot antimissile and anti-aircraft system. It has also said it wants to buy 32 F-35 fifth-generation warplanes, and the US Congress gave the green light to such a sale in September 2019.

In the field of energy, one of the goals of the Three Seas Initiative, which includes twelve Central European countries (Austria, Bulgaria, Croatia, the Czech Republic, Estonia, Hungary, Latvia, Lithuania, Poland, Romania, Slovakia, and Slovenia), is to build interconnected infrastructure to allow the transport of liquefied natural gas on a north–south axis, from LNG terminals located on the coasts of Poland and Croatia. During his July 2017 visit to Warsaw, US President Donald Trump expressed his support for the Three Seas Initiative and for the delivery of American LNG to the region, in line with its efforts to become less dependent on Russian gas through the diversification of supply. On November 15, Poland’s state-run gas company, PGNiG, said it had informed Russia’s Gazprom that it would not renew its long-term contract on gas supplies after it expires in 2022. Meanwhile, Poland has signed several long-term contracts for the delivery of American LNG. As incumbent Polish finance and development minister Jerzy Kwieciński explained, Poland’s intention is not necessarily to stop buying gas from Russia altogether, but to end the situation where it pays a higher price for it than other European countries.

A move of particular symbolic importance came when Poland formally joined the US Visa Waiver programme on November 11. This means that Polish citizens travelling to the United States for business or tourism will no longer need to obtain a visa. The abolition of visas for Poles had been promised by several presidents, including Barack Obama and Donald Trump, and the new US ambassador to Poland Georgette Mosbacher, who was appointed by Trump, had repeatedly stated that lifting visas for Poles was one of her goals. Visiting Warsaw in early September for the 80th anniversary of the beginning of World War II, US Vice-President Mike Pence said that the alliance between Poland and the United States was stronger than ever before, and he then announced that the long-awaited waiver of visas for Poles would soon become a reality. Although the date of this announcement may have been a coincidence, the efforts made by the Americans to announce a date for the inclusion of Poland in the Visa Waiver programme during the run-up to the Polish October 13 parliamentary elections were probably meant to give additional support to PiS and the Morawiecki government.

Hungary has been included in the US Visa Waiver programme since 2008, and it was announced in September of this year that visa-free entry to the United States for Hungarians would be further extended. Although maintaining good relations with Russia and advocating an end to sanctions imposed on Central Europe’s big eastern neighbour after its annexation of Crimea and its involvement in the war in eastern Ukraine, Hungary, as part of the so-called “Bucharest Nine”, has been supportive of an increased presence of NATO forces on the eastern flank. Budapest has also committed itself to raise its defence spending to 2% of GDP by 2024 at the latest, and at a meeting of NATO foreign ministers on November 20, Hungary’s Péter Szijjártó also promised to increase the number of its troops serving on NATO missions by one third.

Hungarian Prime Minister Viktor Orbán and American President Donald Trump share common views on immigration, and Trump has made some very warm remarks about Orbán’s action in this area. In July 2018, Hungary was the second country after the United States to announce that it was pulling out of the negotiations on the UN Global Compact for Safe, Orderly and Regular Migration. Eventually, after Hungary led the way on its side of the Atlantic, a total of nine EU countries, including Poland, refused to approve a document that was accused of putting illegal immigrants’ rights on a par with those of legal immigrants.

Orbán and Trump, together with Vice-President Mike Pence, also share common views on the need to actively support Christians who are persecuted in the Middle East and elsewhere, and in December 2018 the US Agency for International Development (USAID) signed an agreement with the Hungarian government to coordinate relief to minorities who suffered persecution from the Islamic State. When receiving him in the White House last May, Donald Trump thanked Viktor Orbán for having “put up a block” of countries giving support to persecuted Christians.

When Viktor Orbán was depicted as a “neofascist dictator” in Washington

The current relationship between the United States and Hungary has thus come a long way from the Obama years, when Washington put a ban on several Hungarian officials and businessmen, arguing that Viktor Orbán’s government was corrupt. That was in October 2014, following much criticism from the US State Department concerning the reforms carried out by Fidesz. Two months later, US–Hungarian relations were further strained by Senator John McCain’s remarks about Hungary being “a nation that is on the verge of ceding its sovereignty to a neofascist dictator”. In 2016, the late Senator McCain, a Republican but also a fierce opponent of Donald Trump, was one of three US senators who signed a letter to Polish Prime Minister Beata Szydło to express their “concerns with the recent actions taken by the Polish government, which threatens the freedom of the public media and the Constitutional Tribunal” and to call on her government “to adhere to the basic rules of the Organization for Security and Co-operation in Europe and the European Union, including a respect for democracy, human rights and the rule of law”.

Still some American interference in Polish and Hungarian internal affairs

This does not mean, of course, that American interference in Polish and Hungarian internal affairs has now disappeared altogether. Among other things, it should not be forgotten that Obama’s 2011 decision to make LGBT rights one of the priorities of American foreign policy has not been revoked by Donald Trump, and US Ambassador Georgette Mosbacher repeatedly tweeted and spoke in favour of “LGBT rights” during this year’s campaign of “Equality Marches” organised throughout Poland with the support of many Western embassies and big Western companies, including American ones, in spite of the fact that these gay parades often turned aggressively blasphemous towards the Catholic faith. The same kind of support for the LGBT agenda – which the conservative right and many former opponents of the communist regimes of Eastern Europe see as being driven by radical, far-left neo-Marxist ideology – was expressed again this year in Hungary by the American embassy in Budapest. 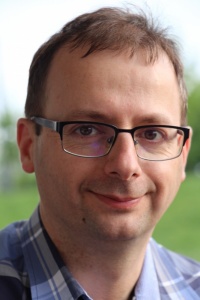