Skip to main content
Back to top
Allied with Catholicism 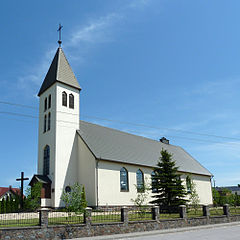 Despite alarming reports and high expectations of the left, young Poles are still the most religious in Europe. The impulse for rapid and mass secularisation is nowhere to be found.

It is more than obvious that some politicians, commentators and those with left-wing views in Poland eagerly await society’s secularisation. They see it as an opportunity to transform the nation. We know what this changed country would look like: greater freedom to carry out abortions, legalisation of same-sex unions and, possibly, legalisation of euthanasia. These expectations grew to such proportions that the very shooting of the film “Clergy” was linked to an imminent crisis of religious life. And, of course, according to the Public Opinion Research Centre (CBOS), which carried out research before and after the screening of Smarzowski’s film “Clergy” in the cinemas, it showed that afterwards there were more negative opinions on the Church in the public sphere. – However, the fact that 5 million people watched this film did not lead to reduced public trust in the Church in the long term, and the CBOS research confirms that at the end of 2017 this trust was declared by 55 per cent of Poles, while in the autumn of 2018, i.e. after the film was released in the cinemas, this trust rose to 57 per cent – explains Marcin Przeciszewski, President of the Polish Catholic Information Agency (KAI). This prominent film also did not translate into a decline in the declared religiousness of the Poles (more than 90 per cent of Poles continue to declare themselves as Catholics). It seems, therefore, that Polish Catholics are able to successfully distinguish the essence of the faith from church institutions. This particular conclusion was, for obvious reasons, marginalised in the left-wing press. Is this really it? Opponents of the Church compose enthusiastic article headlines. “Poland is a global leader... in the decline of religious life”, wrote Krzysztof Pacewicz in OKO.press a few months ago (although the title itself suggests that the article interprets the results of the research, so they fit the thesis assumed); “Polish religiousness in crisis”, – stated Sławomir Sierakowski in “Polityka” (to him, in turn, it seemed that the record-breaking viewing figures of “Clergy” were a symbol of the desacralisation of the Church, commonly considered an introduction to secularisation; he also quoted Pacewicz’s article on the research; “Young Poles. Religious without faith, pious without prayer” – wrote Jarosław Makowski in “Newsweek” in March this year (of course, he also referred to the study conducted by the Pew Research Center quoted earlier in OKO.press and “Polityka”).

It is worth taking a closer look at the data published by the Pew Research Center in the middle of last year, which concerned 106 countries in the world. The research compared the degree of religiousness (religion as something very important in life) of persons aged 18-39 with that of persons over 40. What transpired was that in only two countries younger people declared greater religiousness (in Georgia and Ghana), while in the remaining countries it was always older people that proved to be more religious. The largest gap applied to the Poles. The difference in granting religion great importance in life amounted to almost 25 percentage points. A similar situation was observed in Greece, China and Romania. Can we put forward a thesis of a decline of the religiousness of Poles based on this research?

– We do not have a fundamental generational gap – says Przeciszewski. And explains: – Such a tendency for a young generation to be less religious than previous generations has existed for a long time, ever since sociological research has been carried out. We shouldn’t be alarmist about this and predict that in 50 years there will be no one in the churches because the older generation will no longer be alive. The premise of advanced secularisation is invalid. Nevertheless, the more limited presence of religion in the lives of young people should be an impulse for pastoral ministry. And this is what is happening – last year, the Catholic Church held a special synod dedicated to young people. This year, in turn, the post-synodal Apostolic Exhortation to Young People is taking place. They should always be in the centre of Church’s attention, reminded us Pope John Paul II. The CBOS survey of 2018 indicated, for example, that the percentage of deeply religious Poles among the youngest age groups is 5 per cent and is three times lower than in those aged 65-74, and six times lower than in those aged 75 and over. This is a much bigger difference than the gap described in the Pew Research Center study, which is supposed to herald the imminent secularisation of the next generation of Poles. It is true that the data on the active participation of the faithful in rites, published by the Institute for Catholic Church Statistics, shows that participation in masses and in receiving Holy Communion among the faithful is lower than in the past. – The forecasts from 30 years ago, however, which predicted that with the coming of freedom and liberal economy we would undergo sudden secularisation did not come true, instead we are dealing with a very slow secularisation – emphasizes the president of KAI. – If we compare the rate of participation in masses with the end of the 80s or 90s, we can see a drop from about 50 per cent to less than 40 per cent.

However, this trend seems to have stabilised since 2012. The most recent study – covering 2017 – showed an increase of 1.6 percentage points (small but visible) in the number of people attending masses. There has also been an increase in the number of people receiving Holy Communion – by 1 percentage point. – It’s a sinusoid of sorts, and we don’t know what will happen next. Let us hope that the growth in 2017 is sustainable – adds Przeciszewski.

The Polish media failed to pay attention to another, interesting study published last year. It is entitled “Europe’s Young Adults and Religion” and was conducted in 2014-2016 by Stephen Bullivant, professor of theology and the sociology of religion at St. Mary’s University in London. The study clearly shows that Europe is de-Christianising itself. The process of secularisation of societies is currently taking place. As part of the new generation, i.e. people aged 16-29, the most secularised are the Czechs. 91% of them declare to have no religious affiliation. The situation is similar in Estonia, where between 70% and 80% of respondents are not religious. More than 70 per cent of those who declare no connection with faith are residents of Sweden, the Netherlands and the United Kingdom. However, there is also the opposite side. Namely, young Poles. They are the ones to state their religious affiliation most often when it comes to European countries. As many as 83 per cent of people feel connected to their religion. Only 17 per cent of people define themselves as non-religious. And they are almost without exception Catholics – more than 80 per cent of them describe themselves as Christians. Participation in religious ceremonies by young Poles can also be perceived differently than at the national level. The Poles stand out from the rest of Europe in this respect. Nearly 40 per cent of them go to church outside of holidays and special occasions once a week or more often. When we add the 49 per cent who declare going to church less often than once a week, we are only left with 12 per cent of people who never attend church. This is the lowest number of all the countries surveyed. After the Poles, among those who most often go to church at least once a week are the Portuguese – this is declared by 20% of them, which is half of the number declared by the Poles. The Irish take third place – 15 per cent of them declare participation in church rituals at least once a week. Moreover, in Ireland and Portugal fewer people identify themselves as Christians – 59% and 57%, respectively. Young Poles also pray most often. Half of them pray at least once a week. Only 17 per cent do not pray at all. This is the lowest index in the entire study. In the Czech Republic, 80 per cent of young people never pray, in Sweden, Denmark, Estonia, and the Netherlands – this number is about 70 per cent. – Some time ago, Ireland and Malta were ahead of us in terms of religiousness, but this has changed. Today, we are the first in Europe, and we share this top place with the residents of Western Ukraine. The situation in Lithuania has already deteriorated – explains Marcin Przeciszewski. – Increasing numbers of sociologists begin to say that the area of mass secularisation may by an exclusively western European phenomenon, and therefore, quite restricted in its reach. The flagship premise of left-wing sociologists which states that the modernisation of society means secularization turns out to be untrue given the global trends – he points out.

Who instead of Christians?

When looking globally, one can also wonder what awaits us if we were to become part of the European trend, albeit with the social transformation spread over a much longer period of time. It seems we are not likely to assume universal atheism. Paradoxically, religiousness is on the rise in the world. Last year, some cross-sectional data on the subject was published by “The Guardian”. This data shows that in total 84 per cent of people in the world declare belonging to some religious group. And the religiousness of society is growing everywhere in the world outside Western Europe and North America. The fastest growing religion in the world is Islam. The reason is quite obvious. It’s pure demographics. The average age of a Christian is 30 years, a Muslim – 23 years, and a Hindu – 26 years. Muslim women give birth to an average of 2.9 children, while all other women in the world give birth to an average of 2.2 children. On average, Christian women give birth to 2.6 children, but looking at the global picture, in Europe alone, the number of deaths of Christians exceeds the number of their births. One can risk a statement that if Europe ceases to be Christian altogether, then societies will not become some mature atheist creature of the future. It’s pretty clear who is going to replace us. Luckily for the Poles, they will be the last ones in line.

The article has been published in   DoRzeczy