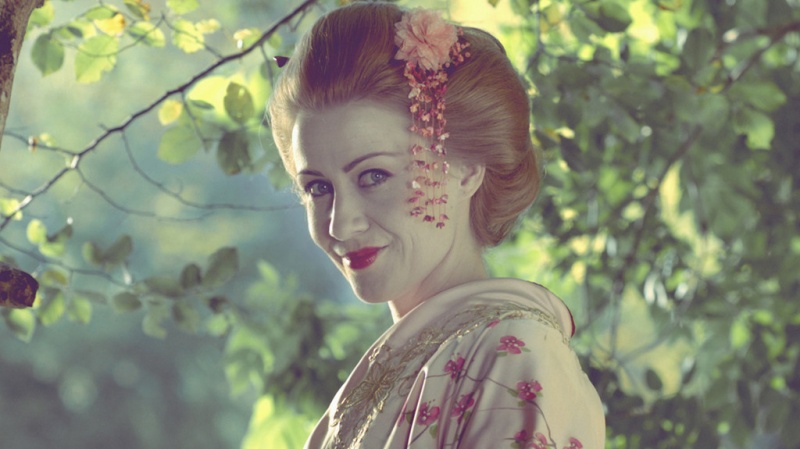 Is it true that Poles do not know anything about Hungarian literature? Many Poles would probably react to this question with indignation – they all have read “The Paul Street Boys” at school after all! However, they might react differently when asked about Hungarian filmography. The answer to this question would most likely be much more difficult, and mentioning the title of at least one film produced by Hungarians could prove a real challenge.

As you can see, the average Pole does not know the Hungarian film industry at all. However, it might be argued that there are fewer internationally renowned Hungarian film directors than Polish ones, by way of example. Other obstacles might include the Hungarian language and the fact that numerous films have a distinctly Hungarian feel. It may also be difficult to find Hungarian films with Polish subtitles, not to mention such films which come legal sources.

Therefore, initiatives taken by Hungarian cinema enthusiasts are particularly worthy of praise, such as the Hungarian Film Spring – a regular event which screens new Hungarian films in the largest Polish cities. For some Polish film fans, this might be the only opportunity to see Hungarian productions. The festival’s programme also features meetings with artists linked to the Hungarian cinema scene, such as the film director Márta Mészáros, who met the residents of Warsaw at the Luna cinema.

As Hungarian films are brimming with references to the affairs of their own nation, they are, for the most part, fully understandable only by the local audience. Nonetheless, these films give outsiders an excellent opportunity to become fully immersed in that different reality, to get to know Hungarian history and culture.

In that case, where should one start their adventure with the Hungarian cinema? Below you can find a list of my five favourite Hungarian films which are definitely worth a watch.

Kontroll is one of the most popular Hungarian films. This is not surprising – the film directed by Nimród Antal draws the viewer in from the very first seconds. By ingeniously illustrating the quirks of the Budapest metro system, the film transports us into the dark underground platforms where we meet the film’s characters.

They are a specific group and work as ticket inspectors (in the Budapest metro, inspectors check tickets at the entrance to each subway station). The main character in the film is Bulcsú, played by Sándor Csányi. This actor continues to be particularly popular among female Hungarian filmgoers.

The American film critic Roger Ebert described Kontroll as a “post-apocalyptic science fiction film”. It would be difficult to disagree with his opinion. This post-apocalyptic atmosphere is felt from the first to the very last scenes of the film. It is also complemented by naturalism – both when it comes to the characters and the space depicted. We spend almost two hours with the inspectors who haunt the dark and dirty tunnels, which are in great contrast with the beautiful Budapest architecture, located only several meters above the metro stations.

Kontroll has it all – a love story and car chases. Maybe this is what makes this film special? In my opinion, this film certainly deserves a watch, even if we see it only to follow the love story between the ticket inspector and Zsófi – a girl dressed in a bear suit. Or, if you prefer, for the iconic race scene inside the metro’s tunnel.

Can a film about a nurse who suddenly develops a tail and becomes a fox-fairy be considered interesting? Decidedly so! Especially if a married couple is responsible for the project. The duo of Károly Ujj Mészáros (director) and Mónika Balsai (main actress) is a guarantee of a successful film. Although for me personally, a sufficient argument to watch this film is the fact that it features Piroska Molnár – the Hungarian icon who plays the role of the Japanese ambassador’s widow.

According to a Japanese legend, a man who falls in love with a fox-fairy must die. By a strange coincidence, all the men who come into contact with the protagonist suddenly lose their lives. As a consequence, Liza begins to suspect that she might be a fox-fairly herself. She therefore makes every effort to prevent the prophecy from coming true.

Although this plot may suggest a crime story, I would describe the film as a comedy. Despite the fact that the subject matter is serious, Liza, the Fox-Fairy is full of comical scenes and surprising plot twists. It also features some elements borrowed from the world of fantasy.

The unique atmosphere of the film is additionally enhanced by its soundtrack, with the theme song sung in Japanese. A comedy crime caper about a fox-fairy, featuring Japanese music... Sounds strange? This film certainly deserves to be seen as it will convince you that such an unusual combination can be quite successful!

How did it happen that a Hungarian film set in a slaughterhouse was nominated for an Oscar along with four other foreign language films in 2018[MA1] ? Or maybe naturalistic depictions were one of the reasons why On Body and Soul was appreciated by film critics around the world (although it should be noted that vegetarians might find some scenes a bit difficult to digest).

The main character in the story is Mária, a somewhat antisocial girl with problems. Her meticulousness may bring to mind another film character, that of Adaś Miałczyński. Her delicate nature is in great contrast to her profession – she is a quality inspector in a slaughterhouse. Selected scenes give this film a resemblance to the well-known Polish film Day of the Wacko. However, the literal message of director Marek Koterski is replaced here with fragility and subtlety. This is entirely justified – On Body and Soul was made with a considerable input of women (both the main character and the film’s director are female).

Despite her shyness, the protagonist succeeds in establishing a relationship with the director of the slaughterhouse. However, lacking the necessary courage, she requires some help to achieve that. As a result of a combination of various circumstances, they find out that they are having the same dreams, where they meet under the guise of a buck and a doe. Although this may sound a little surprising, this is definitely not a reason not to watch the film – after all, On Body and Soul was nominated for the Academy Awards.

The film shows the world inhabited by people who spend a lot of time in their own heads – they analyse, plan and predict a lot of social interactions. This gives the viewers a chance to look at reality through their eyes and experience the emotions which prevent them from fully enjoying the outside world. Their actions sometimes make us want to tell them: “simply say what you feel, as this will save you a lot of unnecessary trouble!” However, this all may seem so easy from the perspective of our own armchairs. The question remains whether we all share some traits of Mária, and if we would actually know how to cope with the situations in which she found herself.

It may come as a surprise that one of the films included in this list is a musical. However, we should not forget about this Hungarian version of “Grease”. Although the original title of the film is Made in Hungária, its Polish name translates as Paprika, sex and rock'n'roll (do films with sex in their title sell better?).

The film is set in communist Hungary of the 1960s. Young Miki returns to his homeland after four years in the United States, imbued with the American way of life. He dreams of performing on stage and making crowds go wild over rock'n'roll. However, such behaviour is not accepted by the communist authorities of the time, which are doing everything to ensure that Hungarians have nothing to do with the “rotten west”.

The Hungarian musical is founded on the contrast between colourful young people and the state apparatus, as well as between the “colourful bird” who loves freedom and the reality of communist Hungary. Made in Hungaria illustrates the difficult era of communism in Hungary in an entertaining way, which makes the film a worthwhile watch.

We should also not forget about the soundtrack, which was composed by Miklós Fenyõ. Colourful and dynamic choreographies complete the lively music. Made in Hungaria is an absolute must for every fan of musicals.

Although Áron is almost thirty years old, he still hasn’t found his place in the world. He had a girlfriend, but their relationship suddenly ended. After their parting, he has nothing to lose – he buys a ticket to Lisbon, where he wants to start afresh (although this was not a decision made when sober). This escape seems to be the perfect way to solve all his problems – feeling lonely, being unemployed, and having overprotective parents. But can a change of address alone fix all these problems?

“What is the life of the new generation of Hungarians, who similarly to Polish Kukiz’15 supporters feel humiliated, sidelined and devoid of any positive outlooks for the future?” – asks Janusz Wróblewski in his review of the film, published in Polityka. But is this film really about a generation that cannot find its own place in the labour market (despite their higher education), or is it about a generation who became too reliant on their own parents who are truly at fault here?

This film is about thirty-somethings who feel lost in society. Despite their age, they are unable to support themselves financially, not to mention being able to maintain normal relationships.

For Some Inexplicable Reason is another film in this listing where plot points to a drama. Nevertheless, I would describe it as a comedy-drama, because despite its overall contemplative nature, it is full of funny scenes.

The director also managed to successfully capture the atmosphere of Budapest, especially the nightlife in the Hungarian capital. Another positive element of the film is the score (co-written by the director himself), and certainly it is yet another reason to see this Hungarian film with a particularly long title.

These are, of course, just a few suggestions from Hungary’s extensive cinematic heritage. After all, the list of Hungarian films which are worth seeing is endless. It is impossible to forget films such as: The Notebook, Kincsem – Bet on Revenge, Moscow Square, Fateless, Children of Glory, or The Unburied Man...

To start with, however, I would recommend to become acquainted with one of the productions described above. Once you get a slightly better feel for Hungarian films, you are ready to make independent forays into Hungary’s extensive cinematic heritage. Happy watching!