Skip to main content
Back to top
A message to the people of science, culture, politics, and other opinion-forming circles of Central Europe
Polityka

A message to the people of science, culture, politics, and other opinion-forming circles of Central Europe

1.    For the states and nations of Central Europe, European unity is a great value and a hope that must be protected and strengthened.

2.    Russia's attack on Ukraine and the ongoing war cannot lead to the deepening the already existing divisions between EU member states.

3.    Instead of support, solidarity, and respect for the principle of equality, Central European countries are increasingly subjected to a treatment which disregards the treaties. Federalist initiatives viewed favourably in Brussels and attempts to abolish the principle of unanimity in the European Council reveal the growing desire for the dominance of the big and strong over other nations and states, which are regarded as "Another Europe".

4.    Only by cooperating on the principle of "free with the free, and equal with the equal", with respect for cultural diversity and national traditions,
with the ability to share goods fairly and tolerate each other, the European Union will remain attractive to all its present and future members.

5.    We are in favour of strengthening dialogue and cooperation across Central Europe, from the countries on the Adriatic and the Black Sea to the countries on the Baltic Sea, among others via the Europe of the Carpathians Clubs – in order to multiply the capital of mutual trust and effectively work towards achieving common goals. 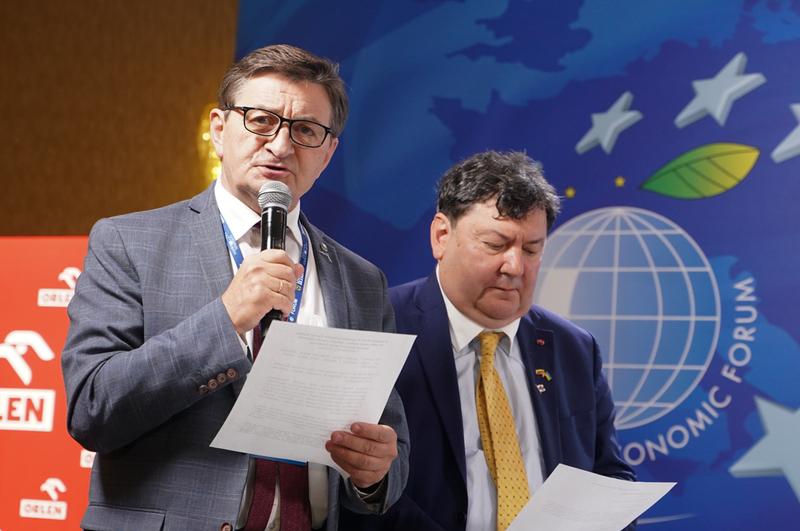