Skip to main content
Back to top
Poll: 72% of Hungarians approve of government's coronavirus response, majority would vote for ruling Fidesz party
Polityka 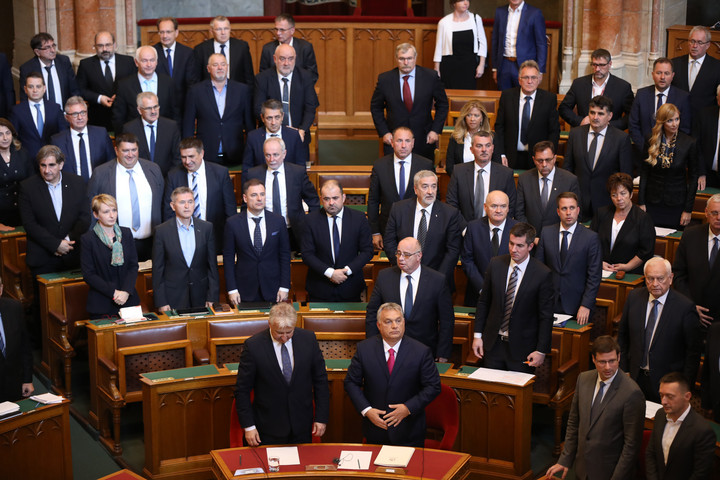 Hungary's ruling conservative Fidesz party has maintained its comfortable lead over the country's opposition parties, in part due to the government's response to the coronavirus pandemic which the majority of the population has approved of, according to a new poll by the Nézőpont Institute indicates.

Approval for the government's coronavirus response measures has remained above 70 percent during the emergency and currently stands at 72 percent.

Compared to 51 percent at the beginning of the year, the popularity of the ruling parties had risen to 55 percent by April. With a shift within the margin of error, Fidesz-KDNP support has remained at this level into May as well, and currently stands at 54 percent.

"The European elections have shown how volatile preferences among the opposition can be, and there is, accordingly, serious struggle going on for the left’s leading position," the opinion poll said. 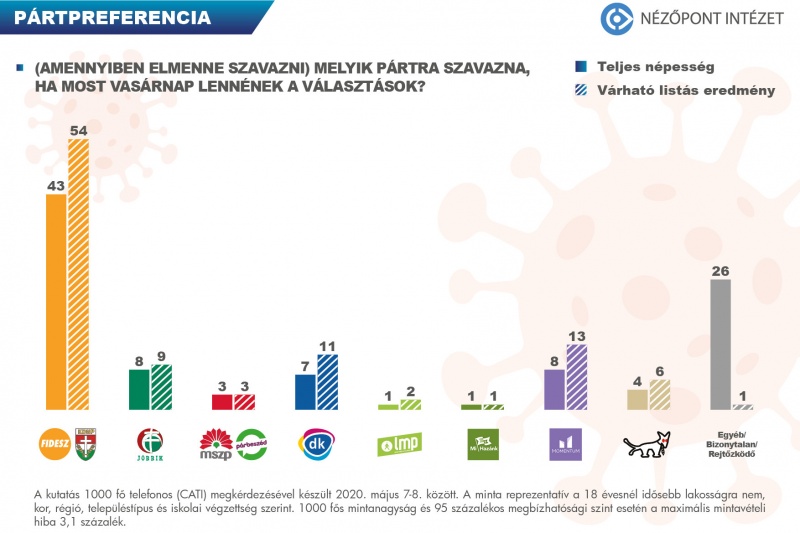 The liberal Democratic Coalition, very active in April, has only reached 11 percent in May, with Momentum currently the most popular opposition party at 13 percent.

Both the LMP and the Our Hungary Movement are far from reaching the 5 percent threshold required for parliament, with the former reaching 2 and the latter 1 percent if the elections “were held this Sunday”. Disappointment in the opposition parties is indicated by the Two-Tailed Dog Party’s 6 percent result.

Satisfaction with the measures taken against the coronavirus since the declaration of emergency may play an important role in the sustained rise of the government parties’ popularity. According to a poll conducted over last Thursday and Friday, 72 percent of Hungarians are satisfied, and only 23 percent unsatisfied with the government’s response to the coronavirus. Even 41 percent of respondents critical of the government believe that the actions have been appropriate.

The public opinion poll was conducted by Nézőpont Intézet between 7-8 May 2020 based on telephone interviews with 1,000 respondents. The sample is representative of the 18+ population by gender, age, region, settlement type and level of education. A sample of 1,000 at 95 percent accuracy has a margin of error of 3.16 percent.