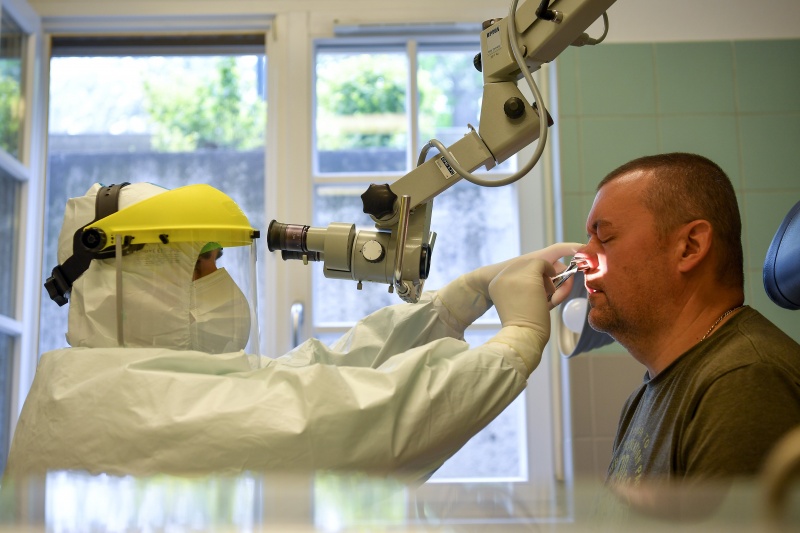 Nationwide sampling to determine infection rate will help researchers understand the virus in relation to age, sex and regional distribution

Four Hungarian medical universities launched over the weekend a nationwide screening program that is like no other in the world and which will help the country obtain a more accurate picture of the number of coronavirus cases nationwide, conservative daily Magyar Nemzet reports.

Béla Merkely, rector of Budapest Semmelweis University, said on Sunday that research conducted by the universities of Budapest, Debrecen Szeged and Pécs is a nationwide scientific research project based on a representative samples, and as such, is the first of its kind in the world.

He added that based on age, sex and regional distribution, 17,780 test subjects have been chosen at random within their respective groups and the results should provide a fairly accurate image of the coronavirus infection rate among various social and regional groups. This data will also help global efforts to better understand the coronavirus and its effect on different demographics.

In addition to being tested for the presence of the virus, blood is also drawn from the subjects to look for antibodies and each subject will also be asked 50 questions to more exactly gauge the risk factors.

Merkely called on all those who have been notified to take part in the research to actually show up at the designated screening stations because each of them is in fact representing several of their fellow citizens. He added that current scientific data suggest that the O blood group offers a measure of resistance to infection while those having A blood types are more likely to infected. But the research is also looking at a variety of other factors, he said.

Merkely said that current data shows that the first wave of coronavirus infections seems to have peaked and the number of new infections is likely to slow down further.

So far, 83,958 coronavirus tests have been administered in Hungary since the outbreak hit the country in early March, but those have been centered around the ill and their immediate contacts, so those tested so far cannot be considered a representative sample.

According to the latest official data, from Sunday to Monday, the number of confirmed cases has passed the 3,000 mark and reached 3,035, with 351 casualties and 10,459 persons in mandatory home isolation.

Title image: A voluntary test subject being screened at the Debrecen University Clinic in eastern Hungary