Skip to main content
Back to top
Feliks Netz 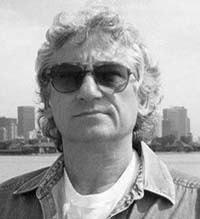 The surname Márai is undoubtedly familiar to everyone with an interest in Hungarian culture. However, few people know who is behind his introduction to the Polish market. And that is none other than another person of many talents – Feliks Netz.

Feliks Netz began his adventure with Hungarian literature with the book "The Paul Street Boys". In October 1956, during a presentation in high school he recited Petőfi's poem "Hang all kings!" and then, together with his friends, he joined a demonstration in front of Katowice Radio. Then he proceeded to give blood for the Hungarian insurgents. The latter proved unsuccessful, and yet, as an adult he reaped the rewards of his association with Hungarian literature at an early age.

Netz, fascinated with Hungary, decided to learn Hungarian. He began studying the language by himself, attended courses and then received a scholarship to study in Hungary. He mastered Hungarian to such an extent that in early 1980s he was able to teach it in schools. The first book translated by Feliks Netz, "Anathema" by Tibor Déry was published in 1982.

Discovering the works of Márai was the next milestone – Netz was fascinated with the Hungarian author to such an extent that the writer's hometown, Košice, was an obligatory destination en-route to Hungary – notes his wife – And when at home Feliks would "start and end the day with Márai". It was largely due to Netz's numerous translations and attempts at publishing them (at a time when there was a "boom" for Western literature) that Márai appeared on the shelves of Polish bookshops.

He is equally well known as a poet, literary and film critic, a publicist and as a radio playwright.

Feliks Netz passed away on 12 April 2015 in Katowice. Currently the writer's former home houses the Polish-Hungarian Parlour run by Beata Netz, his widow.