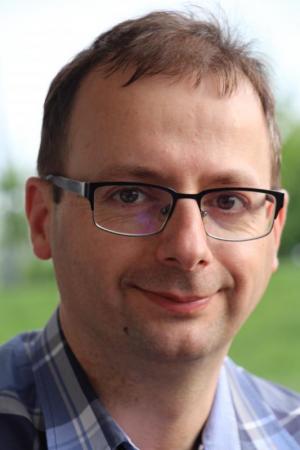 The Spitzenkandidaten system was first proposed by the European Commission itself in 2013 as a way to make the process of appointing the Commission more democratic. The proposal gained the support of German socialist and euro-federalist Martin Schulz, the then President of the European Parliament, who was named as the Party of European Socialists’ lead candidate. Eventually, it was the lead candidate of the European People’s Party (EPP) who won the contest, when Jean-Claude Juncker was proposed as the head of the new European Commission formed after the 2014 elections. However, contrary to common belief, it does not have to be the candidate of the largest group in the European Parliament who wins the contest, since in order to claim victory a candidate has to garner support beyond his own group. As was rightly pointed out in a recent piece published by The New Federalist advocating for the Spitzenkandidaten system, “Even President Juncker, arguably the most socialist of the Christian democrats, had to negotiate a political agreement between the EPP and the S&D to ensure a majority for his election.”

Having a candidate agreed on by consensus between all member states and the European Parliament, as per the Lisbon treaty, should normally lead to the nomination of a fairly apolitical technocrat who can be expected to be respectful of the existing treaties and of the respective competencies of the European Union and nation states. The procedure whereby the President of the Commission has a say in the appointment of other Commission members, as enshrined in the Treaty on the European Union, should then further favour the appointment of a Commission that will “promote the general interest of the Union” (Article 17.1), with members “chosen on the ground of their general competence and European commitment from persons whose independence is beyond doubt” who will “refrain from any action incompatible with their duties or the performance of their tasks” (Article 17.3).

Apart from questions which may arise concerning the lawfulness of the Spitzenkandidaten process in the light of the treaties which have been duly ratified by member states, this alternative system favours liberal, progressive candidates who advocate ever deeper integration, going way beyond existing treaties, as this matches the views held by a majority of MEPs, from the centre-right EPP to the far-left through the centrist ALDE and the centre-left S&D. “I am already in talks with the Liberals, with the Greens, with the Socialists, with the broad European parties to establish afterwards a majority in the European parliament,” the EPP’s Manfred Weber has said, while his most serious competitor, socialist Frans Timmermans, who currently holds the post of First Vice-President of the European Commission for the rule of law, has called for a coalition after the European elections between the socialist PES, centre-right PPE and liberal ALDE, to form a progressive alliance against what he calls the “far-right”. The European Greens had set as a condition for talks with Manfred Weber about their possible support that he should not lean to the right, and at the end of March Weber felt compelled to promise that he would rather lose the EC presidency than win it with “populist Fidesz” votes. For the same reason, German CSU politician Weber supported the suspension of Hungarian MEPs from the EPP in March, and he voted for the Sargentini report against Hungary last September as the leader of the EPP in the European Parliament and as the EPP’s would-be Spitzenkandidat.

When in December 2018 in Lisbon the EC’s First Vice-President fulfilled his ambition of being chosen by the European Socialist Party (ESP) as their lead candidate for the presidency of the next Commission, he said in his speech, about Poland: “I want to say to our friends from Poland, I want to make a solemn pledge to you today: I will never never abandon the Polish people in their struggle for democracy, freedom and the rule of law.” He also referred to Hungary: “And I also say to our Hungarian friends: These are tough times in Hungary. Mr Orbán has had a lot of time to tell all sorts of horrible stories about Europe to his people. And regardless of all that, an overwhelming majority of Hungarians say clearly ‘we belong to Europe, we belong to that community of values’. So also in Hungary, we will prevail.”

Such statements are clearly meant to please the necessary majority in the European Parliament, but at the same time they call into question Timmermans’ impartiality and lack of self-interest in his dealings with Poland and Hungary as First Vice-President of the European Commission in charge of Inter-Institutional Relations, the Rule of Law and the Charter of Fundamental Rights, especially given that he seems to be questioning the very democratic legitimacy of Poland’s and Hungary’s parliamentary majorities and governments. Moreover, it is not hard to imagine how difficult the relationship between the EC and Warsaw and Budapest could become if Frans Timmermans or Manfred Weber were to be made President of the European Commission, after their political campaign based on attacks against the conservative right-wing governments in place in both Central European countries.

On May 21, Commissioner Frans Timmermans once again took part in a campaign event of the pro-LGBT left-wing party Wiosna to express his support in the upcoming European elections. On that occasion he publicly stated that he had been fighting the Polish government for the last three years, and that he had decided to lend his support to Wiosna because Polish people were more and more in favour of Europe and because Wiosna was a party for open-minded people with leftist, liberal views. It is worth recalling that the EC’s First Vice-President has in the past expressed his view that the European Commission should put pressure on member states to legalise “gay marriage”, which is something Wiosna would wish to do in Poland. It should also be noted that when Timmermans questioned the legitimacy of a democratically elected government, he was lending his support to a party which, according to most opinion polls, was supported by under 10% of Polish voters. A few days earlier, on May 18, the EC’s First Vice-President and ESP’s Spitzenkandidat had taken part in a campaign rally held by the Hungarian socialist party MSZP. He then claimed that Hungarian Prime Minister Viktor Orbán “and his friends Strache, Salvini and Farage are admirers of Putin, whose goal is obviously the weakening and disintegration of Europe”.

Apart from its divisive nature, for the same reason as described above (the need to embrace views that are dominant in the European Parliament in order to get the job), the Spitzenkandidaten mechanism is an incentive for would-be Presidents of the European Commission to push for the surrender of ever more powers to Brussels, as can be seen with Timmermans’ and Weber’s initiatives in favour of linking EU funds to rule of law and “European values”.

For these reasons, and also for the sake of abiding by the ratified treaties (which means respecting the rule of law at European level), European leaders would be well advised not to allow the newly elected European Parliament to impose their lead candidate for the top job on the European Commission after the May 23–26 elections. Since no decision was taken in Sibiu on May 9, this will be discussed at the next meeting of the European Council, which is to take place on May 28.

“The idea that the Spitzenkandidaten process is somehow more democratic is wrong,” European Council President Donald Tusk said last year at a meeting of heads of state and government of the EU-28, at which it was agreed that there would be no automatic Spitzenkandidaten mechanism. “The treaty says that the president of European Commission should be proposed by the democratically elected leaders of the member states”, Tusk added, “and that he or she should be elected by the democratically elected members of the European Parliament. This is the double democratic legitimacy of the Commission president. Cutting away any of the two sources of legitimacy would make it less democratic, not more.”