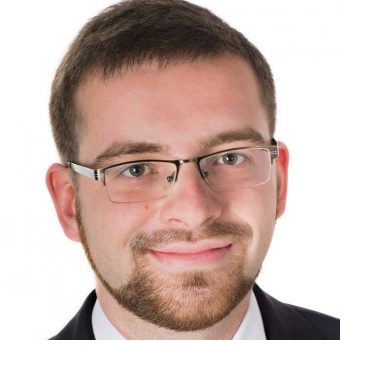 History in the strongly “technological” 21st century does not seem to be a very practical subject. What was the reason for you choosing this particular field of expertise for your professional career?

If Greek philosophers had not invented the globular Earth theory, there would not have been a boy who one day said: “I will sail across the sea to verify if the wise men were correct”. Historians and, more broadly, humanists, will continue to be needed in this technological century. Humanity is still looking for an answer to the “ultimate question of life, the universe, and everything”.

When looking for these answers having graduated from high school, where my major subjects were biology and chemistry, I ended up at the Faculty of History at the Adam Mickiewicz University in Poznań. I decided that if I had studied biology I would have been just a biologist. As a history graduate I could be anyone. In the end, I became a specialist in Hungary.

Why did you become interested in Hungary, a relatively small country in Central Europe?

When at university, I decided to make a paper heart for every female friend in my group. As a prudent citizen of Poznań, I prepared one more heart, just in case. It was the beginning of the semester and there was one more girl standing next to the lecture room. It turned out that she was a student from Hungary on an Erasmus exchange. After 30 seconds of knowing each other, I gave her the spare paper heart.

For the next month she was running away from me in the corridors, thinking I was completely crazy. Meanwhile, I decided to learn Hungarian with the help of an electronic translator. This rather bad idea resulted in many embarrassing moments.

Therefore, I decided to adopt a serious approach and checked out “The History of Hungary” by Wacław Felczak from the library, followed by other books about this country.

Fortunately, I finally won this Hungarian girl over and some years later she even became my wife.

Do you think that the old sentiment of both nations, Poland and Hungary, towards each other, is still relevant in today’s world?

At the start of the 17th century, Gábor Bethlen, the Prince of Transylvania, wrote to the Swedish King Gustavus Adolphus:

“Hungary cannot wage a war against Poland because there are close and ancient ties of friendship between the two nations, and even if the Polish King had given the Emperor the assistance of Cossack units, the King did so and not the Polish nation, and it cannot be held responsible for it.”

Three hundred years later, in September of 1939, Pál Teleki essentially wrote the same reply to Hitler, only using different words, when faced with the proposal of a Hungarian attack on Poland.

It is in our interest, therefore, to care for this friendship. We never know when we may still need each other’s help. My sincere hope is that the Polish-Hungarian Cooperation Institute will also contribute to fostering this positive relationship.

In your opinion, what is the current state of our mutual knowledge about each other – are Poles and Hungarians aware of their common interests and shared historical events, or do they live side by side?

It is only one question, but one which refers to an inexhaustible topic. Of course, Hungarians have a positive stereotype of a Pole. The word “Lengyel” (Pole) unlocks all hearts across the nation. In my opinion, Hungarians often know more about Poland than Poles know about Hungary.

Hungarians are certainly keen on cooperating with Poles and are aware of their shared history and mutual connections. However, we must first make a significant contribution on our part, as many things have been neglected over the years.

Do you have any favourite places in Hungary?

The provinces! Budapest is beautiful, but it is best for those who are travelling to Hungary for the first time. I personally recommend Kiskőrös. Apart from the home of Hungary’s national poet Sándor Petőfi, located in the square, there is little else there. Nevertheless, this is the real Hungary, the Puszta which is as flat as the surface of a lake, where grey cows graze against the sunset. There you can find tranquillity, but also feel the Hungarian melancholy.

Any Pole driving from or to Budapest along the motorway must visit Tata and ask Natalia from Poland for a guided tour of the town. This town located on the shores of a charming lake is truly breathtaking.

Any Hungarophile worthy of the name should also visit Sárvár and its castle, looked after by Zoltán and Gabriella.

What are you favourites when it comes to Hungarian and Polish cuisine?

I love the flavours and fragrances of Hungary. My choice are the sweets: Túró Rudi, cakes, and other baked goods, chestnut purée… I also love gulyásleves (Hungarian goulash soup). Unfortunately, every time I return from Hungary I am one kilo heavier.

I have to admit, however, that after a longer stay in Hungary I dream about some fresh vegetable salad. Hungarians consider a salad to be a sliced vegetable of one type, with no extras, just sprinkled with vinegar. Especially when in the provinces, you get meat and potatoes for dinner, there’s no point waiting for any greens. And when you do find a vegetable, it is usually coated with a roux or fried in breadcrumbs.