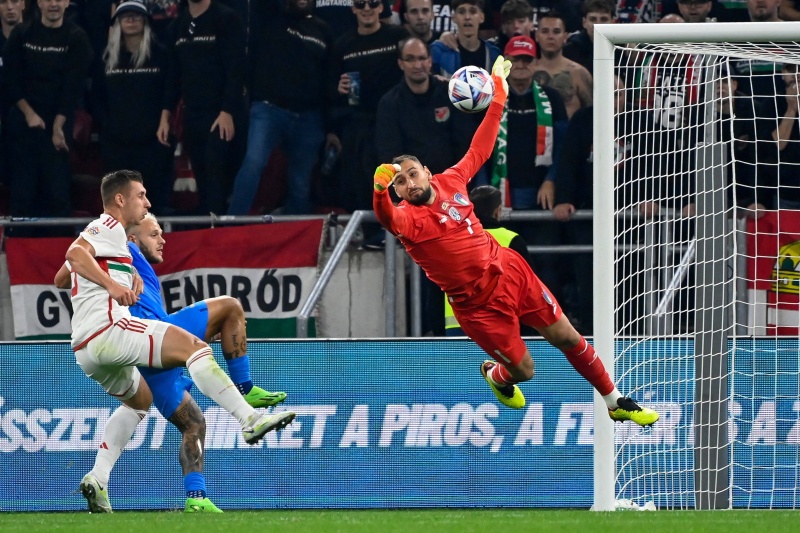 Goalkeeper Gianluigi Donnarumma of Italy in action during the UEFA Nations League Division A, Group 3 soccer match between Hungary and Italy at Puskas Arena in Budapest. Photo by Tamas Kovacs / MTI / PAP / EPA