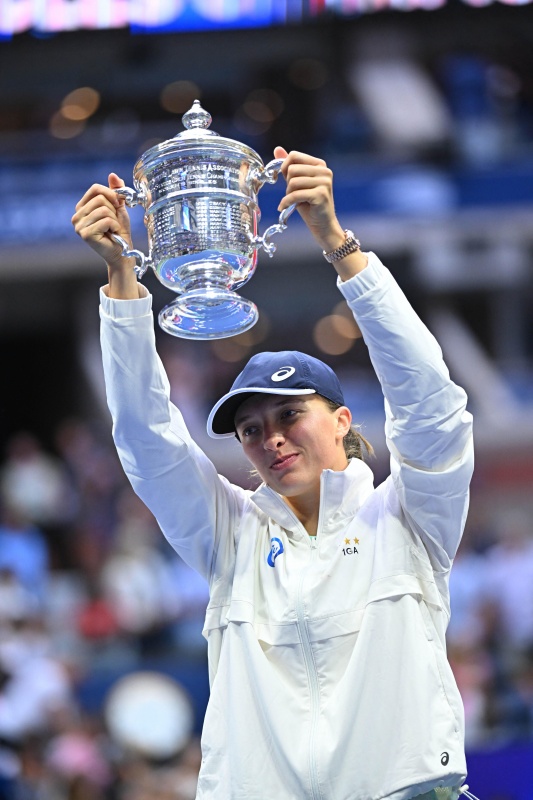 Iga Świątek wins her first US Open title and third gran slam at the 2022 US Open at Billie Jean National Tennis Center in New York City. Photo by PAP/Abaca

Iga Świątek became the first Polish woman to win the US Open.