Skip to main content
Back to top
Polish PM Mateusz Morawiecki: The war in Ukraine showed the truth about Russia and Europe
Przegląd prasy 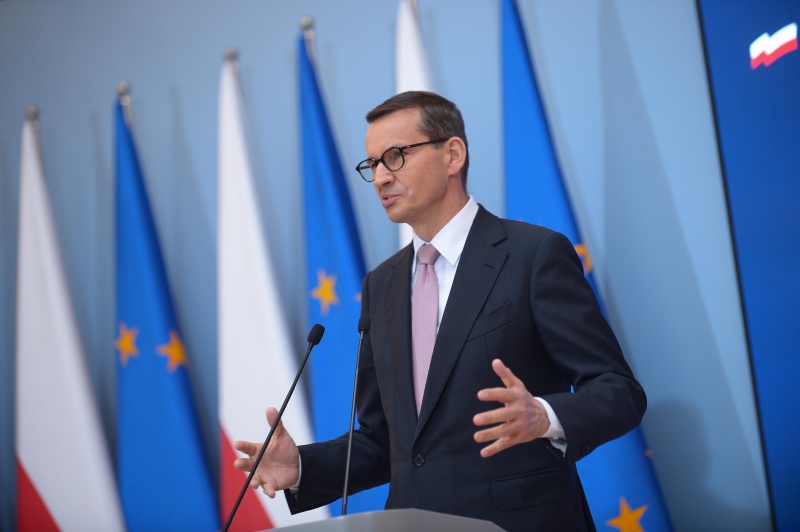 "Those who refused to see that Putin’s state has imperialist tendencies today have to face the fact that in Russia, the demons of the 19th and 20th centuries were revived: nationalism, colonialism, and totalitarianism" - assessed PM Mateusz Morawiecki.

"But the war in Ukraine has also exposed the truth about Europe. Many European leaders allowed themselves to be lured by Vladimir Putin and are in shock today" - Morawiecki emphasized in his op-ed piece, entitled “Historical challenges and false directions for Europe at the crossroads".

The head of the Polish government claimed that "the return of Russian imperialism should come as no surprise". "Russia had been rebuilding its position slowly for almost two decades, right under the eye of the West. Meanwhile, the West went for a geopolitical slumber instead of maintaining reasonable vigilance. It preferred not to see the increasing problem rather than face it in advance" - Morawiecki added.

According to the head of the Polish government "the West went for a geopolitical slumber instead of maintaining reasonable vigilance. It preferred not to see the increasing problem rather than face it in advance".

In his latest article on historical challenges ahead of the EU the Polish Prime Minister also clarified that “Europe today is in such a situation not because it was insufficiently integrated but because it refused to listen to the voice of truth".

"Poland has no monopoly on the truth, but in relations with Russia, we are far more experienced than others. Poland’s president, Lech Kaczynski, was right, like Cassandra foreseeing the fall of Troy when he said many years ago that Russia would not stop at Georgia and would reach for more. And he also remained unheard" - Mateusz Morawiecki emphasized.

"If we really want to talk about democratic values today, it’s time for a great reckoning of Europe’s conscience. For too long, the most important value for many countries has been the low price of Russian gas. And yet we know that it might have been so low because the ‘blood tax’ that Ukraine pays today was not added to it" - the Polish PM added.

"If Europe had sent weapons to Ukraine on the same scale, and at the same pace, as Germany, the war would have ended long ago: with Russia's absolute victory. And Europe would be on the eve of another war (...)

We must therefore support Ukraine in her struggle to recapture the territories that have been taken from her and force Russia to retreat. Only then, the real dialogue and an actual end to this war – and not just a temporary break preceding the next aggression – will be possible. Only such an end will mean our victory. We must also defeat the threat of imperialism within the EU" - Mateusz Morawiecki assessed in his op-ed.