Skip to main content
Back to top
Lisicki: Judit Varga is an example of a brave person, for whom words matter

As the editor-in-chief of Do Rzeczy Weekly, someone who in their writings does not shy away from the most difficult civilisational problems of the time, would you say that dr. Judit Varga winning the Guardian of Virtues, awarded by the aforementioned weekly is somewhat symptomatic?

Paweł Lisicki: It is the task of politicians to find compromises, to reach agreements but also to boldly stand up for what they believe in. The award recognises those qualities in Judit Varga. And it is also crucially important, as minister Varga is undoubtedly one of the leading politicians in her country, one which has remained true to her ideals. In public life she still adheres to her beliefs. An example of a brave person, for whom words matter and are not simply an instrument of power, but are always connected with reality and reflect that which she stands for. 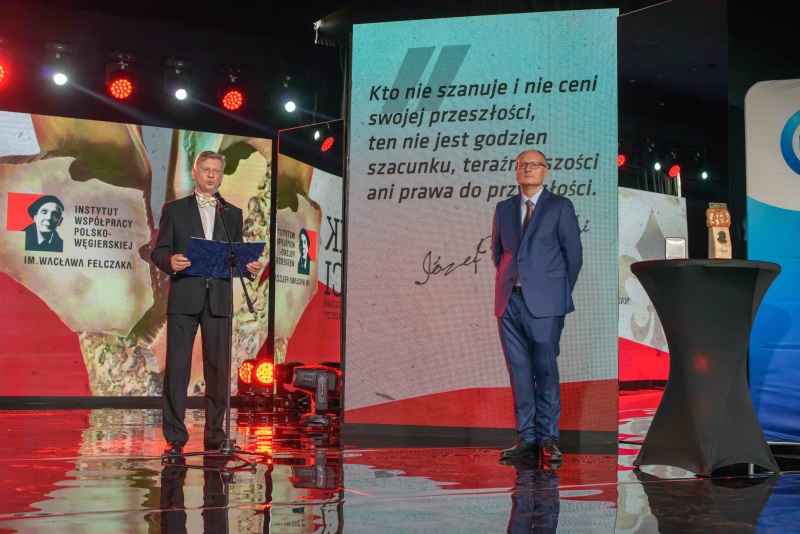 A few days ago prime ministers of two EU member states signed a declaration which ends with the following words: "Neither Poland, nor Hungary will accept any proposal that is deemed unacceptable by the other". One would like to think that this declaration is an example to be followed by all member states of the same Union. Nonetheless, EU leaders wishing to second that declaration do not seem to be queuing up. Why do you think that is?

I have already mentioned the reason behind this. In today's world, courage is in short supply. Courage, valued so much by the ancients and always taken into account when assessing their leaders. As we can see, there is not much of it at the current EU negotiations either.  It seems that other politicians are biding their time, especially as there are two brave, courageous national leaders, who have already spoken out. The others seem to want to wait and see what the outcome will be. Unfortunately such an attitude seems to gaining in popularity recently: even though I agree with something, I am afraid of manifesting that belief in public.

That is why it is even more important to emphasise the positive examples. People who are bold enough to go against the current. To act not only on their own behalf, but also for the sovereignty of other countries. To fight for basic principles, just as dr. Judit Varga, the laureate, does.