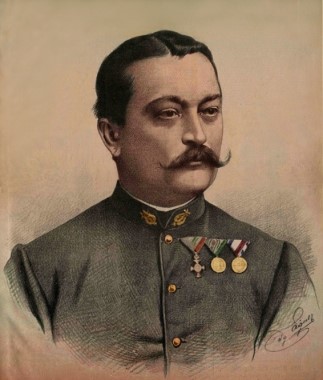 Alfons Czibulka came to this world on 14th May 1842 in the town of Szepesváralja (the modern-day Slovak Spišské Podhradie). He was born into an intelligentsia family, which contributed to science and culture. Such an environment stimulated his artistic growth and allowed him to develop his unique musical talent, obvious ever since he was a child. His father, Roman Czibulka, was a surgeon, but also an amateur musician and an honorary member of the Association of Church Music in Pozsony (Bratislava). Mária Kolbay, his mother, was born as the daughter of an estate steward in Shepesalmás. Interestingly, her uncle was Mátyás Kolbay, Professor of Statistics at the Royal Academy in Košice (Academia regia Cassoviensis) and author of the first Hungarian university textbook for statistics, the Theoria Statisticae. Alfonso Czibulka spent most of his childhood in Szepesváralja. Then he and his family moved to Pozsona, where he took up lessons with Karol Frajmann, a conductor, bandmaster and pianist of Polish origin. The youngster showed particular virtuosity in playing the piano. At the age of only 15, he successfully performed on many Russian stages, and five years later became conductor of the Odessa Opera. On his return to Austria he worked as a conductor at theatres in Trieste, Wiener Neustadt and Innsbruck. In 1865 he became second conductor at the famous Carltheater in Vienna, under the direction of the brilliant Viennese operetta composer Franz von Suppé. During his long military career, from 1866 onwards, he repeatedly led a number of different military orchestras from various cities of the Austro-Hungarian monarchy as their bandmaster. He served as a bandmaster in: 17th National Infantry Regiment of the A.H. Army in the city of Bolzano located in South Tyrol (1866-1869), then for a year in the 23rd Hungarian Infantry Regiment stationed in Pest (1869-1870), the 20th Galician Infantry Regiment in Kraków, where almost 90% of the soldiers were Poles (1870-1871), then for a longest stint of eight years in the 25th Hungarian Infantry Regiment in Prague (1872-1880), 44th Hungarian Infantry Regiment in Trieste (1880-1883), 31st Hungarian Infantry Regiment in Vienna (1883-1887) and 19th Hungarian Infantry Regiment, also stationed in the Austrian capital (1891-1894). The interruption of his military career after his service in the 31st Hungarian Infantry Regiment was due to Alfons Czibulka taking up the position of musical director at Hamburg's Flora concert hall. During his bandmaster's career, Alfons Czibulka conducted numerous concerts, such as those in the rotunda built especially for the 5th World Exhibition in Vienna in 1873, and seven years later he performed with his orchestra at the International Music Competition in Brussels, winning first prize.

In 1881, the engagement of Rudolf Habsburg-Lorraine, Austrian Archduke and the successor to the imperial throne with the Belgian Princess Stefania Klotylda Koburg of the Saxony-Coburg Gotha house took place. To celebrate the occasion Johann Strauss II gave the young couple his beautiful Myrthenblüten (Myrtle Blossoms) opus 395 waltz and Alfonso Czibulka composed the Stefania opus 312 gavotte dedicated to the princess. This work was enormously successful and the gavotte became one of the most popular pieces of salon music. The composer himself was awarded the prestigious Golden Cross of Civil Service with the Crown by Emperor Franz Joseph I as the first bandmaster in history. This was not the only such great honour in his life - Alfons Czibulka was been repeatedly honoured for his numerous contributions to culture - including by the Serbian King Milan I Obrenovic, the Romanian King Charles I Hohenzollern-Sigmaringen and Pope Pius IX.

The famous Stefania (Stephanie-Gavotte) opus 312 by Alfons Czibulka in an excellent performance by the Vienna Philharmonic Orchestra from the 2018 New Year's Concert in Vienna. Conductor: Riccardo Muti.

On 10 May 1891, an extraordinary event took place at the Vienna Prater - a huge concert of dance music, with many eminent orchestras from the capital of Austria-Hungary, attended by several thousand spectators. Johann Strauss II, the Waltz King himself, took the floor there. The brilliant composer led the performance of his masterpiece, The Blue Danube opus 314 waltz. Hungarian composers were also in attendance - their orchestras were led by Alfons Czibulka and Ferenc Lehár, among others, presenting their greatest works. 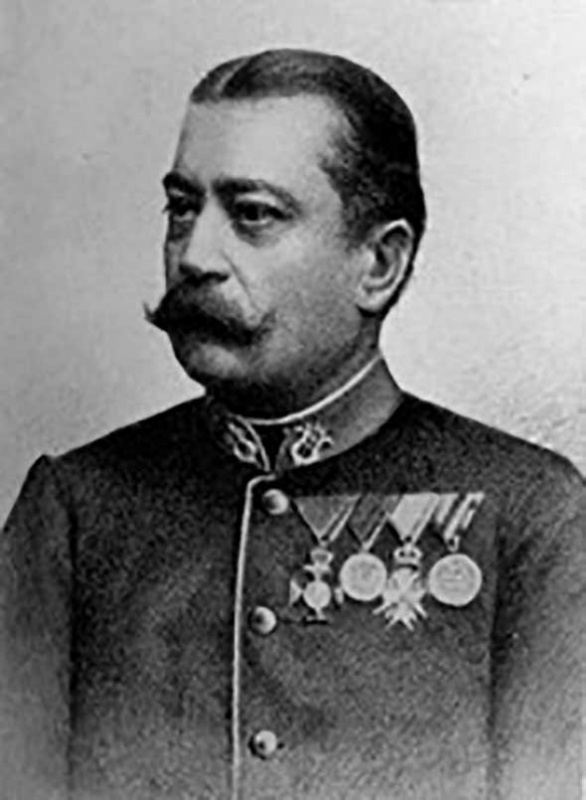 A photograph showing Alfonso Czibulka in a bandmaster's uniform (date of the photograph is not known).

Alfons Czibulka was extremely hard-working - during his career he composed almost 400 pieces - mainly waltzes, marches, mazurka polkas, French polkas, fast polkas, gavottes, quadrilles, galops and six operettas (Der Jagdjunker, Die Glücksritter, Der Jadjunker, Gil Blas, and Der Bajazzo - the last stage piece by Alfons Czibulka), of which the most famous is undoubtedly the Pfingsten in Florenz, a comic operetta in three acts, which premiered on 20 December 1884 in Vienna. It is worth mentioning that Czibulka was also the author of many arrangements of works by other composers, mainly for piano, including the comic Żaki opus 226 operetta by the Polish pianist, pedagogue and composer Kazimierz Hofman (1842-1911). Nevertheless, it was not the stage works, but military marches and dance pieces for orchestra, like the aforementioned Stefania gavotte, that made the name of this composer famous. The most famous march composed by Alfons Czibulka is undoubtedly Erzherzog Friedrich-Marsch opus 286 dedicated to the Austrian Archduke and Prince Friedrich Habsburg of Těšín.

It is natural that as a composer of dance music working in the second half of the nineteenth century, Alfons Czibulka composed many waltzes. These were outstanding works of at least the same quality as the works of the most outstanding composers of the time, such as Johann Strauss II, Karl Michael Ziehrer, Karel Komzak II, Émile Waldteufel or Josef Gung'l. The Liebestraum nach dem Balle (Dream after a ball) opus 356 intermezzo, kept in the form of a Viennese waltz is particularly noteworthy. The piece had seen many arrangements and is still popular today.  The Wean Frücht'ln (Viennese Fruit) opus 386, is another wonderful and memorable waltz by Czibulka is one of his last works. This extremely melodic and rhythmic waltz, over seven minutes long, was very often performed in Europe at the turn of the 19th century. The recording of the waltz below was made on the basis of original scores once published in Prague, considered to be lost until recently. However, they were found in the collection of a municipal museum in the Croatian town of Bjelovar, located near Zagreb.

The Wean Frücht'ln (Viennese Fruit), opus 386 waltz by Alfons Czibulka in a splendid performance by the Czech Philharmonic Chamber Orchestra of Pardubice and conductor John Georgiadis. 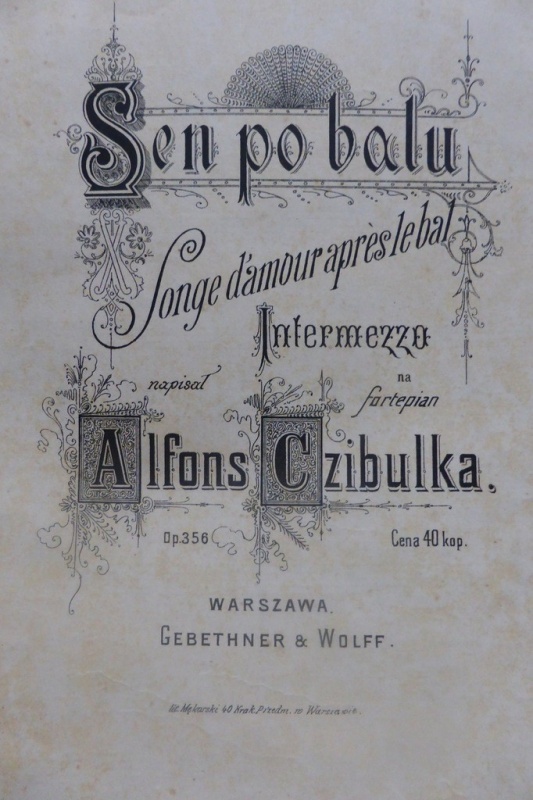 A notebook with notes to the piano version of Liebestraum nach dem Balle (Dream after the ball) opus 356. It was published by the now non-existent publishing company, Gebethner and Wolff, founded by Gustaw Adolf Gebethner and August Robert Wolff in 1857 in Warsaw

In the English-speaking world, this composer is known primarily as the author of the melody used in the famous Hearts and Flowers song by Theodor Moses-Tobani. The melody constitutes a fragment of an introduction from the Wintermärchen opus 366 waltz composed in 1891 by Alfons Czibulka.

Instrumental version of the Hearts and Flowers song by Theodor Moses-Tobani, composed based on melodies from Wintermärchen opus 366 waltz by Alfons Czibulka.

An interesting arrangement of the Wintermärchen opus 366 waltz by Alfons Czibulka for strings and piano, performed by the London Salon Ensemble.

Alfonso Czibulka died prematurely on 27 October 1894 in Vienna at the age of only 52. He was buried at the Vienna Central Cemetery, the resting place of many other outstanding composers. In 1938 one of Vienna's streets (Czibulkagasse), located in Kaiserebersdorf, part of the eleventh district of Vienna - Simmering was named after him. 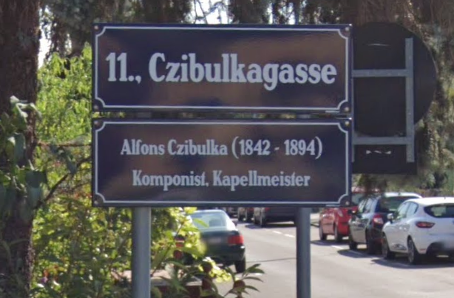 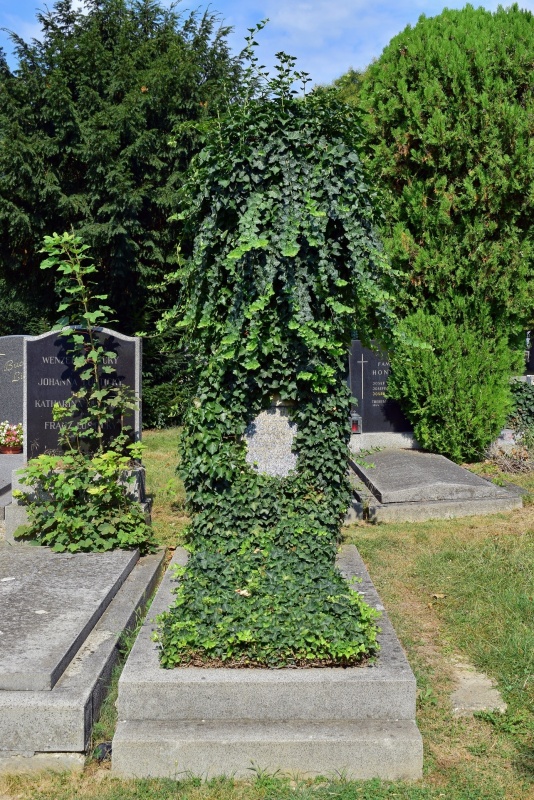 Alfons Czibulka's grave at the Central Cemetery in Vienna.