Skip to main content
Back to top
This week's winning photograph was taken by Karolina.
Kultura 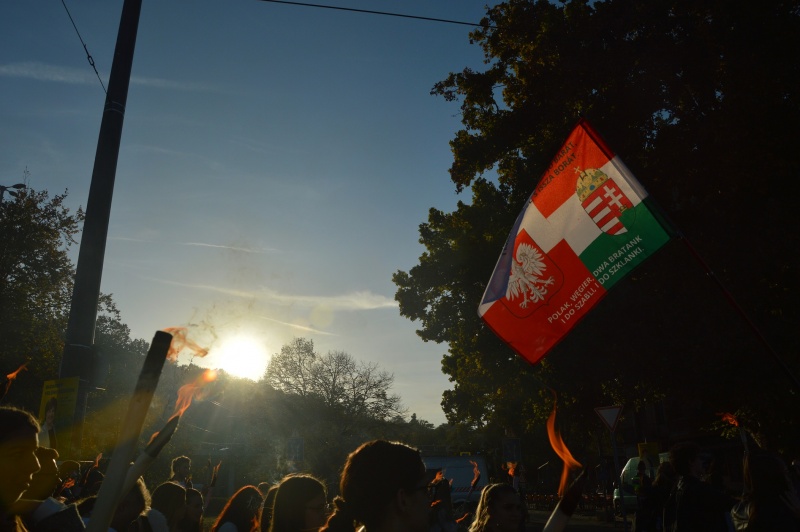 Karolina is studying Hungarian philology at the Jagiellonian University. The photograph was taken in Budapest on 22 October, at a march commemorating the 1956 Hungarian Revolution. As is now traditional, brothers be from Poland did not disappoint, flags marking their presence at the march. One such flag with a slogan known along the banks of the Vistula and the Danube occupies a prime position on Karolina's photograph.