In the late 1960s the idea of intensive cooperation between representatives of Polish and Hungarian cinematography was born. The conditions for cooperation were set out in an agreement on cultural cooperation in the field of culture and art between the People's Republic of Poland and the Hungarian People's Republic (signed in 1968), which entered into force in 1970 One-year (1973) and two-year implementation plans (1969-1972; 1974-1975), as well as a four-year plan signed in 1976 (1976-1980) were responsible for implementing the agreement. This cooperation was to consist, among other things, of mutual assistance in the field of production and execution, exchange of artists and specialists in various fields, co-organization of and participation in thematic events and festivals, as well as exchange and exhibitions of film posters. Looking at Polish-Hungarian relations in the field of cinematography, a certain discrepancy between the assumptions and results of the agreement is noted. What was this cooperation like in practice? Below we will take a closer look at some of its aspects. 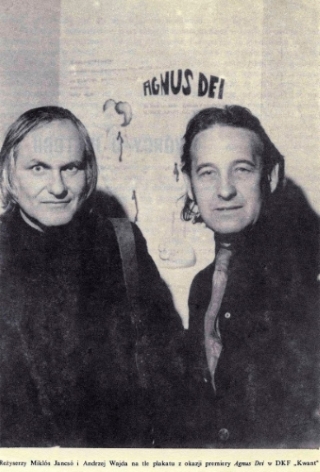 Between 1970 and 1980, Polish cinemas screened over 90 Hungarian titles. Of these, 25 productions did not reach the general public, but were directed directly to Studio Cinemas [KS] and to screenings as part of Film Discussion Clubs [DKF]. For young viewers, Polish cinemas screened two animations in the 1970s which were adaptations of famous Hungarian poems: Sándor Petőfi's Wojak Janosz (dir. Marcell Jankovics) and Mihály Fazekas' Gęsiarek Maciek (dir. Attila Dargay). Although the number of Hungarian films screened in Poland was incomparably smaller than the most frequently imported Soviet productions at the time, the other cinematographs from the countries of popular democracy were doing quite well.

Miklós Jancsó, who at the time created films such as Agnus Dei; Elektra, My Love; and Hungarian Rhapsody, was famous in Poland. Among Hungarian artists, it was his productions that were most often discussed in the Polish specialist and popular press. 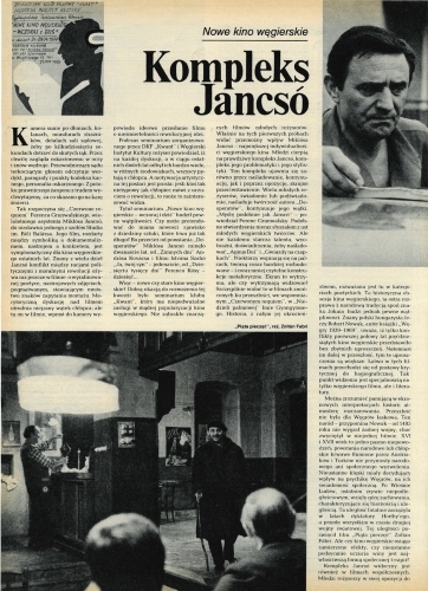 Other famous directors active in the 1970s included Ferenc Kósa (Snowstorm), István Gaál (Falcons), István Szabó (Budapest Tales), András Kovács (Host of the stud farm) and Márta Mészáros (Adoption). As in the case of the previous decade, the films of Hungarian filmmakers were not very popular with the general public, but were highly appreciated by professionals and cinema lovers. The Hungarian Institute of Culture was strongly involved in the promotion and distribution of Hungarian films, which in the 1970s co-organised with DKF "Kwant" seminars "New Hungarian cinema - a man with history". (1972) and 'New Hungarian Cinema - Yesterday and Today'. (1977). The guests of these seminars were leading Hungarian artists, among whom were Miklós Jancsó, Ferenc Kósa, András Kovács, István Szabó.

Co-productions between the Polish People's Republic and the Hungarian People's Republic include relatively few film projects. An example of such a production is the 1974 film Snowstorm directed by Ferenc Kósa, despite the fact that the film was produced in addition to the Polish Film Production Company "Film Bands", the Hungarian Hunnia Játékfilmstúdió, as well as the Slovak Filmové Studio Koliba A.S. and the Bulgarian Filmstudio Bojana. The Polish theme in this war drama was highlighted not only in the form of one of the main characters, a Polish parachutist, but also by casting Pola Raksa, a star from the Vistula River, in this role. 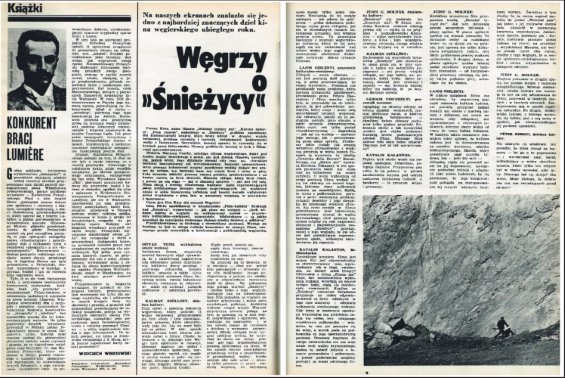 The second, exclusively Polish-Hungarian production from the late 1970s, is the psychological film Along the way by Márty Mészáros made by the Polish Film Group "X" and the Hungarian MAFILM Dialog Filmstudio. The film follows the fate of Barbara, an unhappy Polish woman living in Budapest (played by Delphine Seyrig), who decides to return to her native Poland. Supporting characters in the film include Jan Nowicki, Beata Tyszkiewicz, Halina Winiarska, Jerzy Radziwiłowicz and Jerzy Stuhr.

As can be seen from the co-productions mentioned above, Polish actors were involved in Hungarian productions, especially often cast by Márta Mészáros, who has been involved with Poland for a long time. The director has repeatedly engaged Jan Nowicki (her private partner), who appeared in films such as Nine Months, One Two, As It Is At Home, The Heiress. Pola Raksa appeared in two Hungarian films - Snowstorm (dir. Ferenc Kósa) and Oszlopos Simeon (dir. Károly Esztergályos). Among the well-known Polish names are Maja Komorowska, who took part in the films Waiting (directed by Imre Gyöngyössy) and Budapest Tales (directed by István Szabó). It is worth noting that two Polish actors were involved in master Miklós Jancsó's projects: Anna Dymna played in Hungarian Rhapsody and Daniel Olbrychski in Agnus Dei. One-off roles in Hungarian films were also given to Lucyna Winnicka, Anna Chodakowska, Wojciech Siemion, Małgorzata Braunek. 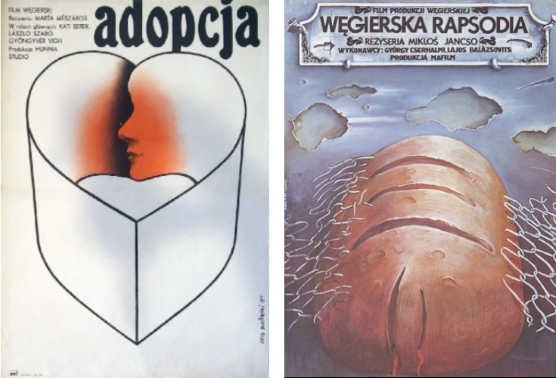 It has to be admitted that out of the assumed intensive cooperation between the People's Republic of Poland and the Hungarian People's Republic in the 1970s, only one entirely joint production was actually created, namely Along the way. Polish and Hungarian representatives of the world of cinematography met on the occasion of the Polish series The Third Border directed by Wojciech Solarz and Lech Lorentowicz. The series is based on Adam Bahdaj's book about Tatra couriers and organizing the resistance movement during World War II. A cinematographer and several Hungarian actors were invited to participate in the series.

It is interesting that the Polish-Hungarian film about Józef Bem, which was to be directed by Miklós Jancsó in cooperation with Andrzej Wajda, was not made. The collapse of this project is extremely interesting when we take into account the great popularity of historical cinema in the 1970s.

Sentiment to common history and Polish-Hungarian friendship is visible in the collective consciousness of both Poles and Hungarians. It is to be hoped that the idea of making a film about a common hero in a Polish-Hungarian co-production will be taken up again one day.