Skip to main content
Back to top
PM Orbán: A work-based economy pulled us out of trouble in 2010, and it will do so again
Polityka 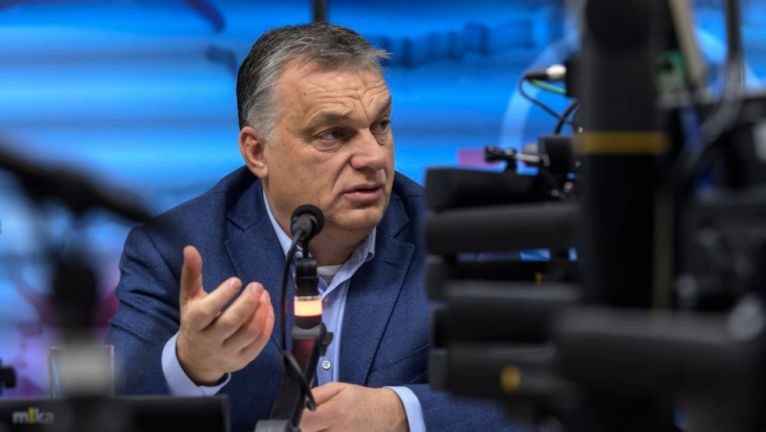 In his morning address on Good Morning, Hungary!, Prime Minister Orbán reported that there is no vaccine for the coronavirus yet, so it remains important to remain vigilant. “We shouldn’t be overly ambitious and pretend the epidemic is over,” he added.

According to the prime minister, reading thousands of pages of analysis does not make him a virologist. “The decisions being made are the responsibility of politicians, and they must be taken, but no one should believe we understand virology better than scientists,” the PM said.

Doctors are more cautious than the average person. They still recommend adherence to social distancing and the use of face masks. “As a Christian Democratic party, we are on the side of life,” he stressed. Until the number of deaths has decreased, restrictions in Budapest cannot be lifted; however, this could happen as early as next week.

The PM also touched on the country’s education system, which has been put to the test given the current crisis. “We have excellent teachers, and the transition to digital education was very smooth,” PM Orbán said, adding that there has been no such thing anywhere in Europe. The prime minister also noted that parents took on a very serious role in this, while educators did a flawless job. Graduation exams this week also went well, with only 3 percent of students canceling their exams. Hungary’s education system has now been thoroughly tested, and it has proven successful.

For the time being, PM Orbán does not believe present conditions justify the opening of schools before the summer break. Some kindergartens and daycare facilities are open but very few parents are using this option at this time. For the time being, there’s not a great deal of pressure to open them, he said.

The prime minister said that this is not the first crisis he has seen, but he felt it important to lead this one personally. In this crisis, no Hungarian can be left alone. So he, as prime minister, must take on the role as leader in person and prove that the state is loyal to the people.

PM Orbán said that he is constantly monitoring the procurement of medical equipment. While the air bridge is operational and Hungary will have enough equipment for several months, there is no true safety without your own means of production. This epidemic has been a valuable lesson that Hungary must be able to produce its own ventilator and be able to rely on itself during a crisis. So we are now carrying out our own production of equipment as well, or preparing to do so.

May 9th is the day the European Union celebrates the Schuman Declaration of 1950, the foundation of the European Coal and Steel Community, which would eventually lead to the European Union. On this Europe Day, ironically, the PM had to address recent attacks coming from part of the EU.

“We know the reality; they do not,” he said, adding that it’s becoming increasingly difficult to gather reliable information from the media about another country.

The empire builders will therefore always attack the aspirations of the Hungarian government, according to the PM, and always attack measures in Brussels that have enjoyed great support in Hungary. “It is clear that those who attack us are not at all interested in democracy. The debate is not about democracy, but about the empire versus national independence,” he said.

Regarding Fidesz’s position in the European Parliament, the prime minister said that as long as possible, we must work to keep the European People's Party together.

“We already discussed job creation programs at Wednesday's government meeting. We are ready to hire 200,000 public employees, the army has started recruiting, and state-owned companies can hire workers on a temporary basis. There are about 160,000 Hungarians who have lost their jobs and need help. It is the duty of the government to give these people jobs,” the PM said.

Turning to the need for investments and developments, PM Orbán said these are the only way to create jobs. Hungarians need direct assistance to develop their companies, which is why the government is providing development loans, wage subsidies and development funds worth trillions of forints, he added. We are building a work-based economy, the prime minister said. This is the mindset that pulled us out of trouble after 2010, and now it will help us once again.