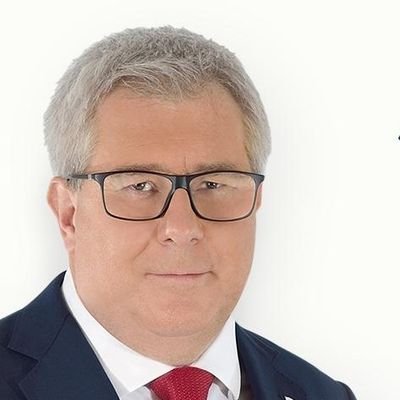 Last night Poles went to bed with lots of unanswered questions. Today, they woke up in a completely different reality. Are you, similar to many of our fellow countrymen, somewhat surprised?

– Not really. I am glad that the Presidential elections will be held soon. It is a matter of weeks. Not May but rather late June or early July. And that is well. We have to bear in mind that Andrzej Duda's term expires on the 6th of August and we have to have a new President by then. However, looking across all the election polls, we see that 3/5 of the voters support Andrzej Duda and thus I think we will have a new/old President.

Let's not forget that we have just averted a major political crisis. Just a day or two ago a break-up of the ruling coalition was on the table, there was talk of Jarosław Gowin replacing Mateusz Morawiecki as prime minister or Elżbieta Witek as Speaker of the Sejm.

Pursuant to the Polish law, elections are to take place between 100 and 75 days before the end of the incumbent president's term. For logistical reasons the pandemic ruled that out. New elections with the old candidates will be announced. Final decisions in this matter will be made by the Supreme Court following consultations with the Polish National Electoral Commission. In a word, everything is lege artis. And to all the lawyers who are questioning this, let me say that just a few days ago you were trumpeting the Supreme Court's overriding authority, so if nothing else then at least be consistent.

Is the election campaign during such an exceptional time as we are in now due to the pandemic also the moment for a re-shuffle on the Polish political scene, both for the opposition, which you've already mentioned, and perhaps also for the United Right?

Here I draw a comparison to a cycling race. At the front we have the leader, in a yellow jersey, all alone many kilometres ahead of the main peloton. And far behind the other cyclists are jostling for positions. There was a time when Małgorzata Kidawa Błońska still had Andrzej Duda in her sights. Just a few months ago she was trailing him by only 10 %. According to some simulations, Andrzej Duda would only win the second round by a margin of 0.1 %, which is essentially a draw.  Then we saw a number of spectacular crashes and falls, and some cyclists gained a few places. When it comes to the opposition, it is clearly very fragmented. And let me make one thing clear, I am no hypocrite and won't pretend that I'm losing sleep over it.

And for there to be any changes on our side, the economic situation would have to deteriorate over the coming months.

We are all looking to an uncertain future. What would you like to say to our readers, both Polish and Hungarian?

Currently the pandemic is causing widespread devastation in the United States and many countries in Western Europe. Poland is suffering much less. This is largely attributable to the lighting reaction by the Polish government and discipline shown by the Polish society.

We are in the same boat as the Hungarians. In this very building, the one I am in at the moment, the European Parliament, a Resolution was passed recently which condemned Hungary for introducing a state of emergency and Poland was scolded for not doing it. We are certainly not isolated islands, we are part of an international community, but it is us, Poles and our friends the Hungarians who decide what path to take heading into the future.