Skip to main content
Back to top
WHERE THE DANUBE MEETS THE NILE, OR A FEW WORDS ABOUT THE MAGYARABS
Historia 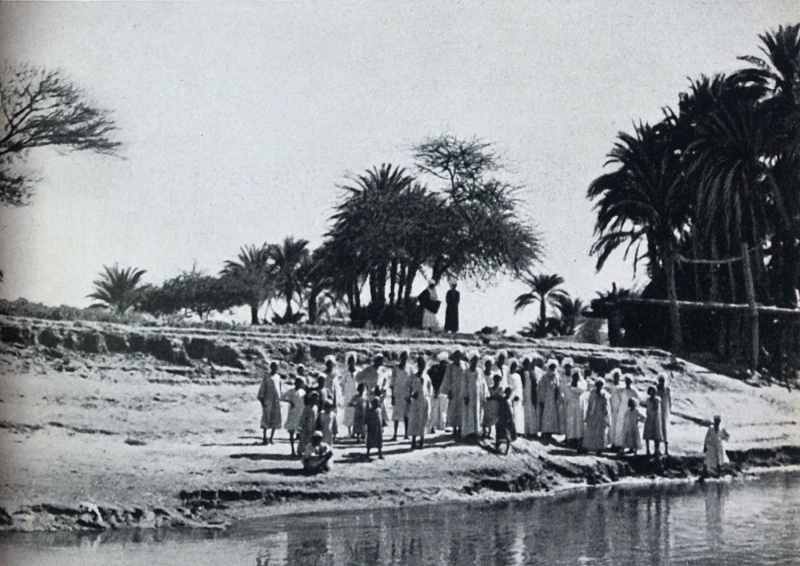 The sands of Egypt and Sudan, conceal countless remains of ancient cultures and civilisations, which, have been attracting crowds of European travellers, discoverers, and explorers, for hundreds of years. Especially during the intensive British influence, at the end of the 19th and in the first half of the 20th century, these territories were the destination of many exploring missions, raids, or archaeological expeditions. The organisers of such expeditions were usually adventure thirsty members of the aristocracy, who surrounded themselves with scientists and specialists (photographers, architects, engineers, cartographers, archaeologists and anthropologists). They focused on discovering places known from written records or the accounts of the local Bedouins.

A different kind of expedition, was the exploration of the uncharted desert terrains, which was made on the backs of animals, and also, in the 20th century, with the use of aeroplanes, cars and even bicycles. During one of such raids, taking place in the 1930 of the previous century, a Hungarian count László Almásy, probably did not expect, that among the encountered inhabitants of the riverbanks of the Nile, he would meet a people boasting of their Magyar ancestry.

A ralley on the Nubian desert, by László Almásy in 1934

THE INHABITANTS OF THE ISLAND OF MAGYAR-NARKI

The first encounter Between Europeans and the Magyarab people, is associated with a Hungarian aristocrat, explorer and a pilot László Almásy (1895 – 1951), who was accompanied by a German engineer, diplomat and archaeologist Hansjoachim von der Esch (1899 – 1976). It was supposed to happen during one of their car rallies, around Nubia (the territory of southern Egypt and northern Sudan), lasting from 1934 till 1935. From the diaries of the governor od Sudan Henry, Cecil Jackson it can be read, that on the way from Sudan to Egypt, near Wadi Halfa, the count Almásy, heard people speaking a dialect, resembling Hungarian. After inquiring about where these people came from, he found out, they were the inhabitants of the island of Magyar-narti, which can be translated as the “Island of the Hungarians”.

László Almásy and Hansjoachim von der Esch in the 1930s

The descriptions of the encounters and the written records of the conversations with the Magyarabs, inhabiting the island located opposite Wadi Halfa, were respectively published by Almásy in 1937 in a book entitled “In the air… on the sand…” (originally Levegőben... homokon...), and also by von der Esch in 1941 “Wherever you are – the caravan calls. On the lost paths, through the Egyptian deserts” (originally Weenak – die Karawane ruft. Auf verschollenen Pfaden durch Ägyptens Wüsten).

It must be stressed that in 1934, von der Esch spent a few weeks among the dwellers of Wadi Halfa, writing down a list of expressions used solely by the people of the Magyar-narki island. After showing his observations to Almásy, in 1935, he acknowledged that they came from Hungarian. Almásy’s and von der Esch’s records are not completely similar and it seems that the input the Hungarian aristocrat had, in getting to know the history of the Magyarabs, is to some extent exaggerated. It may partly come from the carefully preserved myth about the „Hungarian discoverer of the Hungarians on the Nile”, and from the fact that his character became famous, due to the very popular novel by Michael Ondaatje, from 1992, called „The English Patient”, and the film by Anthony Minghell, from 1996, by the same title, which received an Oscar, in nine categories.

The inhabitants of the island of Magyar-narki, in 1934.

A significant input in the exploration and popularisation of the Magyarab people, was made by an Arabist István Fodor (1933-2002), who, lived in Egypt and Sudan in the 1960s, while being on a scholarship from the Hungarian Academy of Sciences. Due to the building of the Great Aswan Dam (1960-1970), Fodor, spent two and a half months, in 1965, studying the tribes, inhabiting the banks of the river Nile – from Aswan in Egypt, to Wadi Halfa and Khartoum in Sudan. It turned out that apart from the Magyarabs, from the area of Wadi Halfa known from Almásy and Von der Esch, there existed another aggregation of these people on the territory of Upper Egypt – in the villages of Magyarab-irki, Magyararti, Magyariyya, Magyar-nirki, Hillit el-Magyarab and Aswan. What is more, both the communities did not know about each other’s existence and would pass different stories about their ancestors. 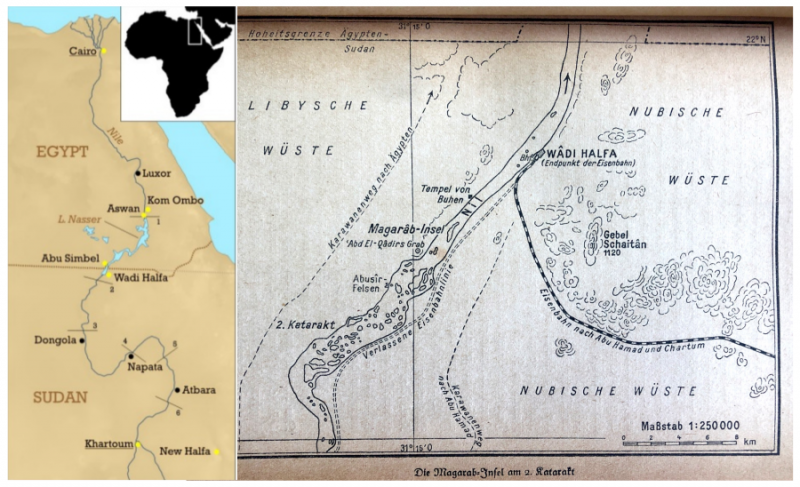 On the left, a map with the villages, mentioned in the text,

On the right a map with the mark “Magyarab Island” from the 1940s.

During his stay among the Magyarabs, Fodor collected proverbs considering these people, gathered the customs differentiating them from the neighbouring Nubians and Arabs, and also made written records regarding their culinary traditions. He also proposed the genesis of the word Magyarab, according to which, in spite of the first association, the name Magyarab is not the combination of “Magy” and “Arab”, but rather “Magyar” with the Nubian ending “Ab”, which means “tribe”. And thus he pointed to another premise considering the origin of these people. 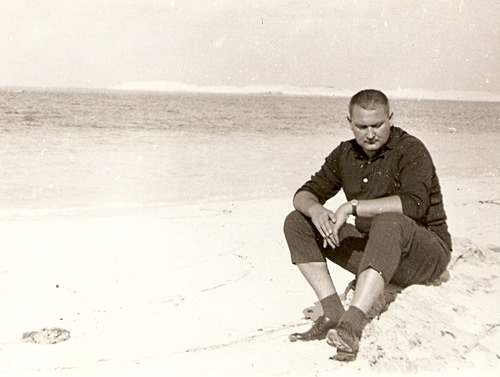 István Fodor, before the opening of the Aswan Dam.

Realising the threat that the creation of a dam, could have on the culture and tradition of the Magyarabs (the flooding of a great area of land rich in culture), The Magyars asked that their heritage be explored. The only institution that decided to examine the matter was the United Scandinavian Sudanese-Nubian Expedition, which undertook the endeavour of exploring a few Nubian burial grounds. The bone analysis, which were published by Ole Vagn Nielsen (1970), indicated, that indeed a part of the population, buried on the inspected cemeteries, represents traits similar to those inhabiting the Pannonian Valley. These results largely influenced the decision to include the Magyarab in the International Hungarians’ Society, made in 1992. Towards the end of the 20th century, advanced attempts were made to organise a mission, consisting of experts, who would thoroughly examine and verify, whether the Magyarabs have Hungarian roots. The expedition was to take place in 1998, but unfortunately it was cancelled due to lack of funds. 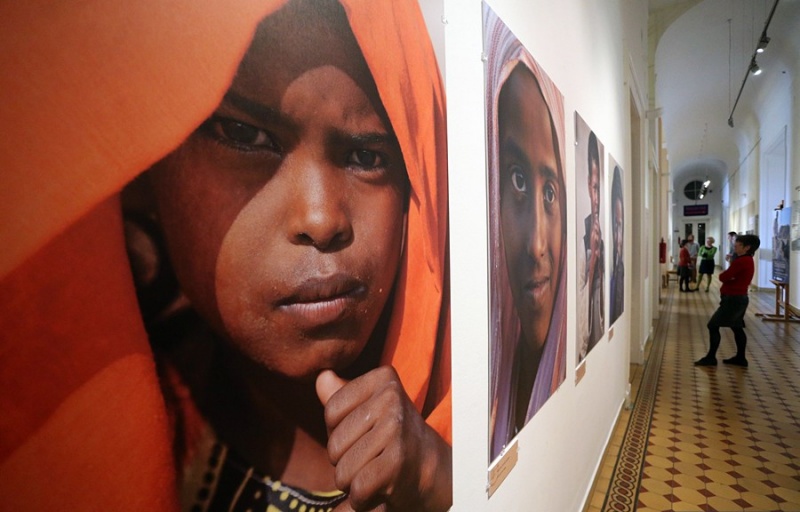 A photograph from the exhibition in the Ferenc Móra Museum in Szeged.

In 2013 a renowned photographer Gergely Lantai-Csont, led a photographic expedition, during which, together with his employees, he visited over a dozen countries, located in East Africa. The effect of the expedition was the creation of a photographic documentation of the tribes inhabiting it. The photo report, which was the fruit of the mission, was then presented on numerous exhibitions, one of them being in the Balassi Institute in Cairo, or in the Ferenc Móra Museum in Szeged. A few chosen photos, were used to create an album called Disappearing Nubia (2014), in which a separate chapter, was devoted to the Magyarabs inhabiting the Nubian territory.

THE MAGYARABS – WHAT DO WE KNOW ABOUT THEM?

The history of the Magyarabs and the opinion about their Central-European roots, was passed orally, from generation to generation. The Magyarabs have been Sunnis for a long time, although in the beginning, some of them had to keep their Christian faith. The confirmation of these assumptions, are the proverbs collected by Fodor, like: “The Magyarabs don’t pray in mosques.”, “The Magyarabs wear caps.” (and not turbans like the Nubians). The Magyarabs from the area surrounding Wadi Halfa, still have a tradition, according to which, on a freshly baked, square bread, the women make the sign of the cross. This ritual was still recently popular among the women inhabiting the Hungarian villages. They also make the sign of the cross over the heads of new-born infants. According to the records from the beginning of the 20th century, from the neighbouring peoples, the Magyarabs differed by a slightly lighter skin colour, auburn hair and smaller eyes.

Over the years, however, they assimilated with the surrounding Nubians and Arabs, whilst retaining the memory of their genesis. Based on the knowledge, collected until now, we can differentiate two basic groups of this people. Those speaking Nubian (Wadi Halfa and Kom Ombo) and those speaking Arabic (Aswan). While the inhabitants of the area around Wadi Halfa, were mostly preoccupied with cultivating land and herding animals, the Aswan Magyarabs, traditionally specialised in trade and highly valued professions like medicine or engineering. According to the records of von der Esch, the Magyarabs from the Magyar-narki island, were convinced about their “Austrian” origin (which could apply to every region, which had been part of the Austro-Hungarian Empire). They were supposed to arrive in Egypt and Sudan, together with the army of the Ottoman Turks, which under the command of Selim I, conquered Egypt in 1517, and then to settle down and assimilate with the local people. The confirmation of this version of events, appears to be the letter from 1516, which was sent by a Franciscan friar Gábor Pécsváradi to Bánffy János. The priest, during his stay in Jerusalem, reported that, among the Turkish soldiers, who sacked the city, there were also those, speaking Hungarian. 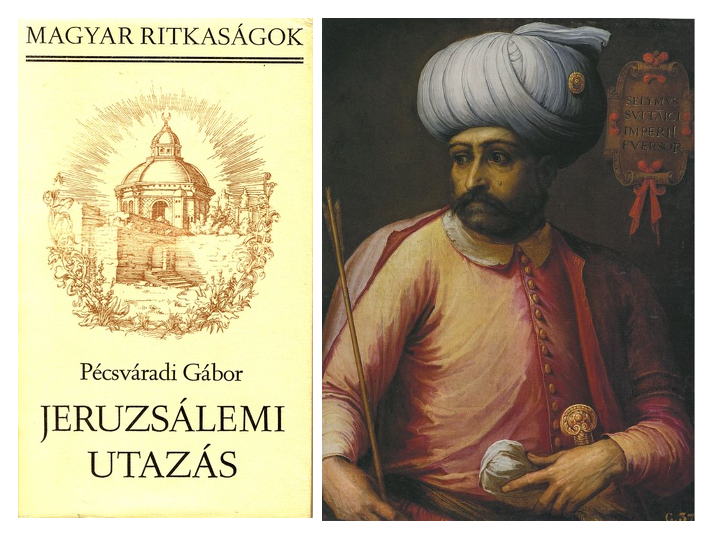 Soon after the conquering of Jerusalem, the army of Selim I reached Egypt, where it overthrew the Mamluk Sultanate (1250 – 1517). The area around Wadi Halfa were manned with garrisons, just like many other strategic points, placed along the Nile. In one of such outposts, there had to be Hungarian soldiers, who assimilated with the local Nubian community. The above presented hypothesis, which can explain the Hungarian origin of the Magyarabs, is in accordance with the tradition, which says that the protoplast of the people was Ibrahim el-Magyar, a Turkish army soldier, coming from Buda, who married a Nubian woman.

While the afore mentioned Magyarabs, inhabiting the territory of northern Sudan, had the knowledge, of their Christian roots, the Magyarabs inhabiting the territory of Aswan, were convinced, that their ancestors, were already the followers of Islam, when they set out from Hungary. According to the account passed by the Magyarabs from Aswan, their protoplasts were the Hungarians inhabiting the lands occupied by the Turkish army, which, eventually, made them accept the faith of Mohammed. After the banishment of the Turks from Hungary (in 1686), they remained faithful to the Muslim religion and refused baptism, which resulted in their banishment. According to the tradition, this event took place, when on the both thrones (of Austria and Hungary) sat a queen, so it had to be queen Maria Teresa (1717 – 1780). The relocation of the people inhabiting the land, covered by water, during the creation of Nasser’s Lake, had a deep influence on the community of the “Nubian Hungarians”. On the Sudanese side, due to the construction of the dam, the Magyar-narti island and the surroundings of Wadi Halfa came under water. The Magyars living there, were relocated to the villages of Hasm el-Kirba, on the border of Sudan and Ethiopia. At the moment the Magyarab communities also live in Khartoum, Atbar, and Port Sudan. The Magyarabs on the Egyptian side of Nubia, inhabited Ibrim, Quatta, Tuska and Aneba, which at present are flooded by Nasser’s Lake. The Egyptian government relocated the inhabitants to newly established east of Kom Ombo, which were called by the same names as the original places. At present, small Egyptian, Magyarab communities also inhabit Alexandria, Cairo and Al-Mansura.

The Magyarab community, eagerly stresses their roots and always gives a warm welcome, to all Hungarians who desire contact. Their representatives often visited Hungary. They were also the official guests of the Hungarian parliament (2006).