Skip to main content
Back to top
Interview with Piotr Naimski, Secretary of State in the Chancellery of the Prime Minister of Poland, Government Plenipotentiary for Strategic Energy Infrastructure
Ekonomia 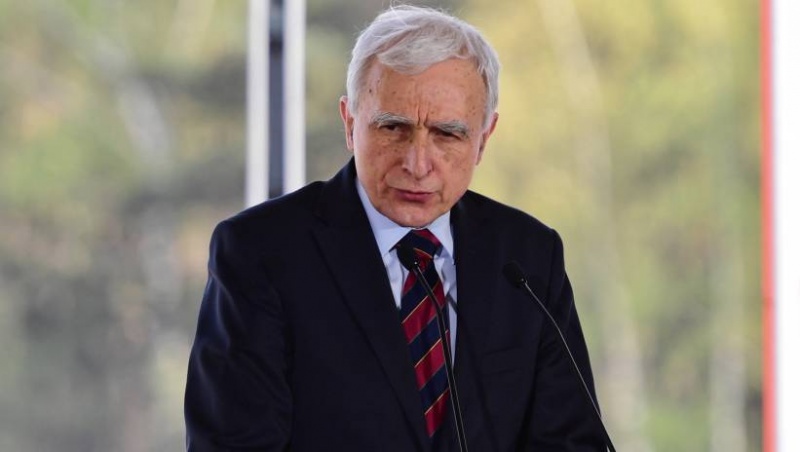 Minister, when we compare the current Polish-Hungarian relations with those of past centuries, how would you describe them, what are your conclusions?

In a sense, Polish-Hungarian relations have not changed for many centuries. For one thousand years, Hungary and Poland have been in an alliance, and even when they weren’t allied, one can say that there was certainly no armed confrontation between our two countries. This is a certain oddity in Central Europe and in Europe in general. Regardless of the time and the governments in both countries, there is a deep-rooted belief that we are friends. The traditions of contacts between the Arpads and the Piasts, or the times of the Jagiellon dynasty, seem to be rooted in us, and the experiences of the Second World War and the post-war events undoubtedly brought us even closer. Poles remember the help provided by Hungarians to our soldiers who crossed the Polish-Hungarian border in September 1939, and the help Hungarians gave to the Poles who were trying to reach the Polish Armed Forces in the West. Hungary did this despite not being a member of the anti-German coalition. This is, of course, important and it was not easy for Hungarians, who during the Second World War followed, one might say, a policy of survival. After the war, both countries found themselves under the rule of Soviet communists and home-grown traitors. Hungarians vividly remember that the Hungarian Revolution of 1956 brought spontaneous acts of solidarity with Budapest across Poland. A symbol of this affinity was the blood donated for transfusion, which was sent from Poland to Budapest to help those wounded by the Soviet troops. All this has brought us close to each other even though we no longer share a common border and our languages are so different. There might be some problems with communication, but a positive, even sentimental attitude prevails and sometimes a glass of węgrzyn is all it takes...

Our world, our reality tends to be described superficially, lacking in essential information about our traditions. As a result, young people today have little knowledge of the history of friendly relations between Poland and Hungary and know nothing about our shared past. Is the situation in Poland better than in Hungary?

Unfortunately, this is a widespread trend, not only in Hungary but also in Poland and among young people in other countries. This tendency makes the young generation less interested in the history of their own country and especially in the history of international relations. On the one hand, this leads to a certain type of isolation from the cultural footing or historical consciousness, but, on the other, this void is being replaced by a fiction of sorts or the illusion of being a part of the apparent global or European community, which is promoted by the mass media. The Internet, Facebook and so on. This alternate understanding seems to currently fill the space which until recently contained consciousness based on the knowledge of historical facts and affiliations.

What can be done to improve this situation? Is it at all worthwhile to engage in such activities?

This is a rhetorical question. Of course, it is worthwhile – we should strive to prevent anything that is valuable from disappearing. There is a need to develop a history curriculum in Polish and Hungarian schools from elements concerning the historical relations existing in Central Europe, especially Polish-Hungarian relations, which obviously cannot be detached from history as such and from world history. You have to view it from a bigger and wider perspective. Direct contact is equally important. We need to encourage and facilitate such personal contacts. Young people are always curious about the world and this is a natural quality. This curiosity can be channelled and used to encourage both Poles and Hungarians to get to know each other. The Wacław Felczak Institute in Poland and its partner Wacław Felczak Foundation in Hungary are able to significantly contribute to this process. There are also other initiatives that can be taken advantage of. A good example is the “European Network Remembrance and Solidarity”, which prepares auxiliary materials for teachers of the 20th century history in Central European countries. The Network, under the auspices of the Ministries of Foreign Affairs of the countries in our region, contributes to building a common and coherent picture of our recent past. These materials are publicly accessible in each of the seven languages. Although they are not obligatory, they are available for use for every teacher. Supporting such initiatives is certainly worthwhile.

We have now entered the third millennium, and we are a part of the EU – what benefits can the cultivation of very good relations between our two countries bring to the world of global diplomacy ?

It’s always easier to justify your reasons when not being alienated. The cooperation and some kind of convergence of views on European issues, including those relating to the functioning of the European Union, between Budapest and Warsaw make our voice more likely to be heard. The fact that the Visegrád Group has succeeded in becoming perceived as a serious political actor in discussions within the European Union in recent years is largely due to the close cooperation between Poland and Hungary, between the Law and Justice party and Fidesz. In many aspects, our views are convergent.

What is the situation of the LNG terminal in Świnoujście? Are there any plans to expand its operations or build new installations of this type?

We are implementing in Poland the strategy of diversification of sources and supply directions of raw materials, in this case, natural gas. This requires considerable investments, time and consistency in action. One of them is the LNG terminal in Świnoujście, which you are asking about, while the other is the Baltic Pipe, which is a gas pipeline leading from Norway to Poland. The expanded LNG terminal and Baltic Pipe will be ready in autumn 2022 at the latest. We are also in the process of building the necessary interconnections. The gas pipeline connecting Poland with Slovakia is currently under construction. When connected with the existing Slovakian-Hungarian gas pipeline, in practice it will be possible to send the gas delivered to Świnoujście across Poland and Slovakia to Hungary and perhaps even further. All this forms a part of a greater plan to bind our Central European countries using energy interconnections that provide full security of supply. In this way, we strive to strengthen the energy security of our nations. This strategy is a crucial constituent of the principles governing the Three Seas Initiative, which we have been discussing for the past several years and which we are trying to fill with practical actions. In consequence, we are provided with a network of links which are a good foundation for the deepening of economic cooperation in the region, also between Hungary and Poland.

It may be added that the above-mentioned activities in the energy sector are undoubtedly part of broader security policy of both our countries. Energy security is a mandatory element of political security. Any country that wishes to be sovereign should ensure that it has secure access to energy resources.

So, what is the progress of the construction works of the first nuclear power plant in Poland?

We have a certain strategy in place in Poland. Our aim is to build nuclear power plants in Poland with a capacity of 6 to 9 GW, and we are hoping to do this by the 2040s. The first power plant, the first reactor, is scheduled to be commissioned in 2033. This date is quite a long way off, but these kinds of programmes, and we are provided with experience from other countries, must be calculated for about 10 to 12 years. We are making a start and we wish to choose a partner that will stay in Poland for the entire duration of the programme – not only for 12 years but for the full period of operation of these power plants which we will build together.

Member States of the European Union, at least in their declarations, are moving away from coal-based energy. Does Poland also intend to follow this path within a definite timespan?

In Poland, the vast majority of electrical energy continues to be generated from black and brown coal. While we understand and continue to implement the objectives of the energy and climate policy of the European Union, we strive to ensure that the objectives that are adopted at the EU level are achievable in Poland based on our own decisions, using our own methods and in compliance with the deadlines which we find acceptable. The amount of coal in our energy mix will continue to decrease percentage-wise. With time, our energy demand will grow. While maintaining the most modern coal power plants, and there are several such plants in Poland, for the next 20–30 years we will be decommissioning those that are outdated, and at the same time we will be building emission-free energy generation facilities. When you asked me about nuclear energy, it is worth adding that this is one of the elements of our energy policy, this transformation that we will be carrying out in Poland. By reducing the percentage of coal in our power industry, we will develop renewable sources, primarily offshore wind power plants and nuclear power plants. It can be predicted that in around 2040, about 40 per cent of energy in Poland will still come from Polish coal. This is also important to our safety.

Thank you for talking to me, Minister.