Skip to main content
Back to top
Enjoy the festive season while it lasts. Carnival in Poland and Hungary
Kultura 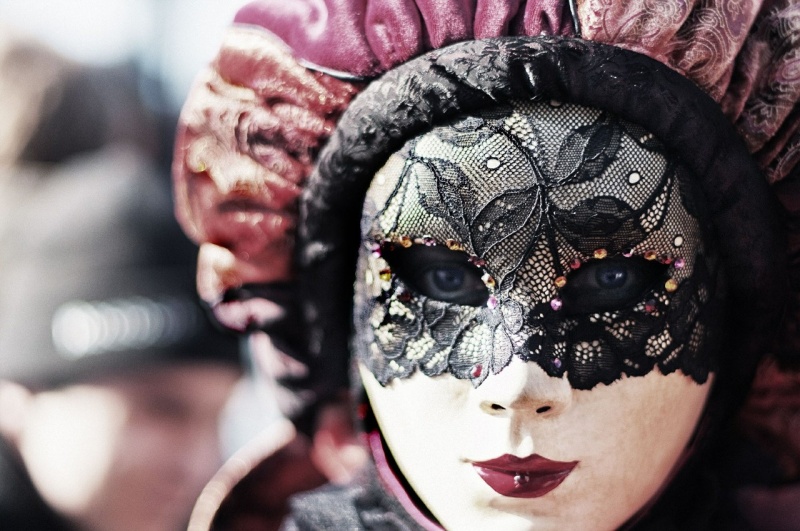 Epiphany, celebrated on the 6th of January, was also the start of Carnival, or a time of parties and feasting before Lent. This year, Ash Wednesday falls on 26th of February. Thus we still have some time to celebrate and pamper the palate before the Lent fast.

The Hungarian name for Carnival is Farsang. The Old Polish name zapusty is still in use, albeit rarely. It was phased out from common use by a word which evolved directly from Italian, where carnevale (the Latin carnem levāre) more of less means "farewell to meat" and refers to the fast which comes after Carnival.

What do Poles and Hungarians eat and how do they celebrate during Carnival? Which traditions are different and which bring us together?

Carnival is a time of year which sees the most dance parties. Masquerade balls and costume parties where revellers dress up according to a pre-agreed theme are particularly popular. And here it is but their own imaginations which limit event organisers and partygoers, as almost anything could be chosen for a theme – a historical period, film, fairy-tale, colour, a certain area of live... Practically everyone can take part in Carnival dancing, no age restrictions apply to those who wish to celebrate – parties are held both at fashionable clubs and ballrooms in Warsaw, Budapest and other large cities but also at local fire stations in towns and villages, seniors' clubs, schools and pre-schools. Everyone will find a party to suit their wallet and tastes. 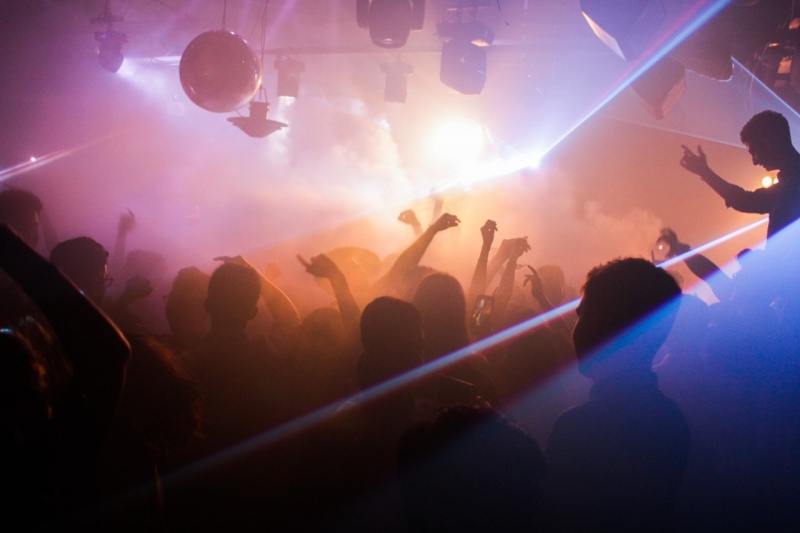 In Poland proms (studniówka) are also held during Carnival – these balls take place one hundred days before final high school exams. Both students who will be sitting them and their professors revel and feast at these parties. Traditionally proms begin with the polonaise, sometimes beautifully and lavishly choreographed.

In the past, pampering the palate was an indispensable part of Carnival. Everyone was yearning to enjoy the abundance of food to the full before the forty-day Lent, when one had to say goodbye to mean, animal origin fats and titbits. Today, when hardly anyone strictly observes the fast, and every day we have ample food, that aspect of Carnival is no longer as important. That is at least in Poland, as in Hungary, to the delight of tourists (but not only!), during the penultimate days of Carnival – often on Torkos Csütörtök or Maundy Thursday, many restaurants cut their prices by half. 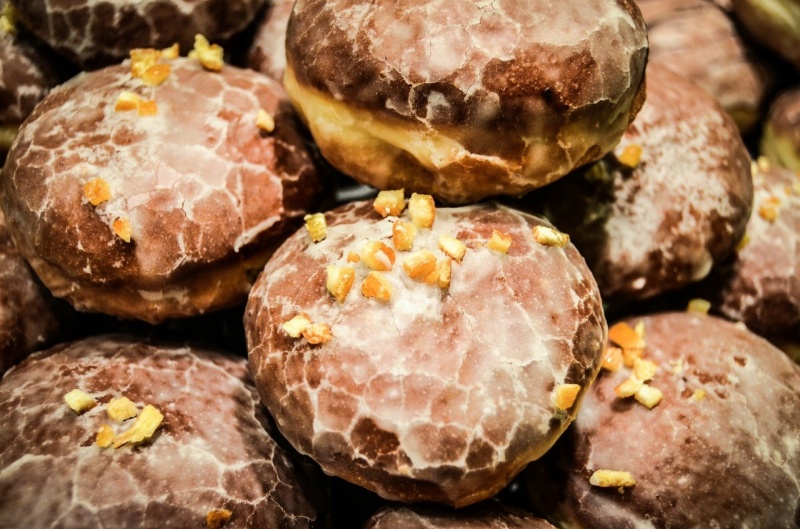 Earing of doughnuts, is a culinary tradition, which over the years has been faring well both in Poland and Hungary. Szalagos Farsangi Fánk is the Hungarian doughnut. Just as for its Polish cousin, the yeast based doughnut pastry is deep fried. However, the Polish titbit is filled with rose confiture or marmalade, whereas Hungarian doughnuts have a hole pressed into them before frying to be filled by cream or morello jam and sprinkled with icing sugar after they've been fried.

Special festivals devoted to doughnuts are held in Hungary in the middle of February. These take place at many venues across the country and particularly in Budapest, Miskolc, Nagykanizsa and in Pilis.

Hungarians only enjoy their carnival doughnuts during Farsang, whereas in Poland doughnuts are snapped up throughout the year. Nevertheless their consumption peaks during Carnival. There is no getting away from eating a doughnut on Maundy Thursday, and long queues form in front of good patisseries in the morning and supermarkets are trying to outdo one another when it comes to special deals for that morsel. On that day Poles will share doughnuts at home, work, in schools and pre-schools. Every cafeteria and restaurant will serve doughnuts on that day. And those who are not crazy about doughnuts will have an alternative in the form of the popular and liked angel wings (faworki), colloquially known as chrust. This sweet crisp pastry, made out of dough that has been shaped into thin twisted ribbons, deep-fried and sprinkled with powdered sugar, is mostly commonly eaten during Carnival. The thinnest and crunchiest are most sought after. 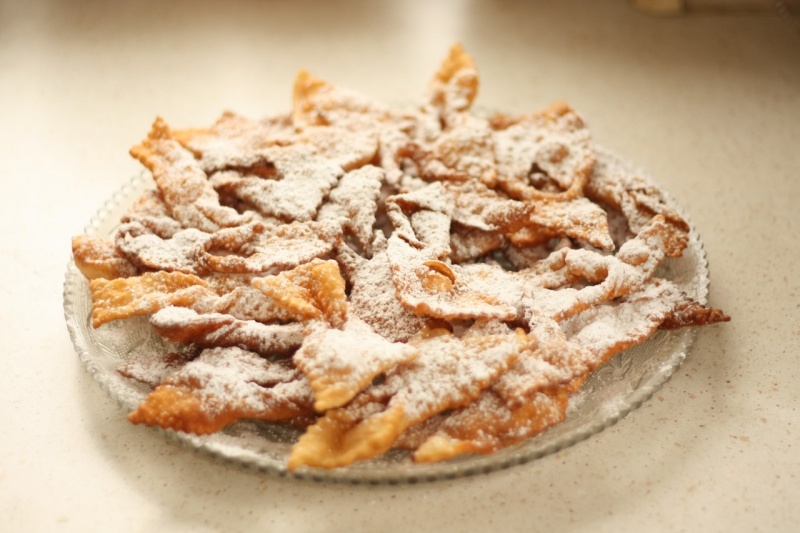 The closer we are to the end of Carnival, the more parties are held. In Hungary, the last few days of Carnival are known as Farsang farka – "Carnival's tail". And that is when one of the largest and best known parties in Hungary takes place. It is the famous Busójárás – a Carnival farewell in Mohács – a town on the banks of the Danube, near the border with Croatia. It is celebrated by the Šokci – a Croatian minority inhabiting that area. In 2009 Busójárás was entered onto the UNESCO world heritage list. The six day's revelry includes folk music concerts, folk dance troupe performances, best children's costumes competitions and parades. There is no shortage of stalls selling food, mulled wine and pálinka. 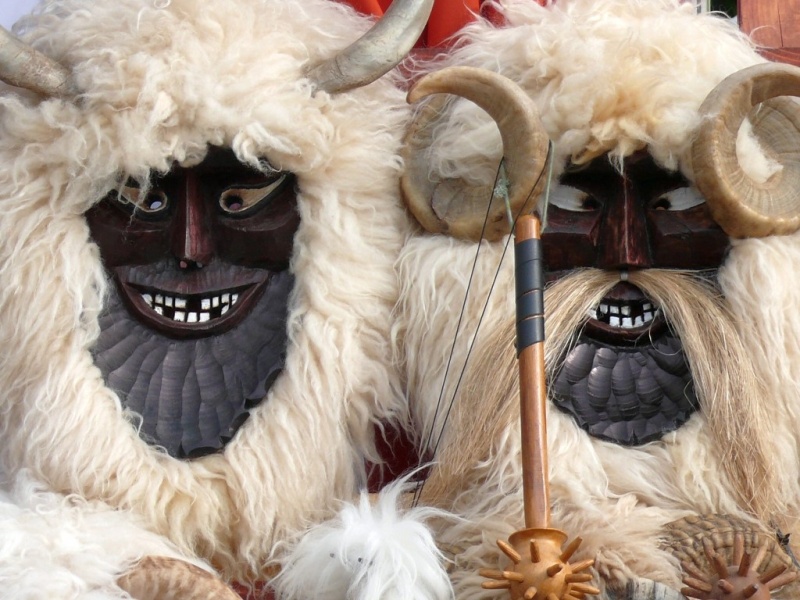 The revelry ends with a traditional end-of-winter celebration, which takes place on the Tuesday before Ash Wednesday. That Busós parade on the streets of Mohács – men wearing sheepskins and wooden, painted masks with horns, each one custom made for a given Busó. There is an odd woman or two at the parade, wearing costumes reminiscent of the clothes worn by women during the Ottoman Turks. In the evening an effigy symbolising winter will be consumed by a large bonfire in the main town square.

The Busójárás legend goes back to the time when Ottoman Turks invaded this region. As legend goes, people from Mohács fled hid from the invaders in nearby swamps. One stormy night, following the advice of an old man, wearing scary masks and animal skins they entered the town making as much noise as possible. The Turks, convinced that demons were upon them, fled Mohács even before sunrise. Since then the locals have been celebrating Busójárás, hosting "guest Busó teams" from neighbouring countries.

The Busó tradition is a lot like "maszkary zapustne", once very popular in Poland. These were parades of people, making an awful racket and dressed up as Gypsies, Jews, beggars but also horses, bears, goats and storks. "Maszkary" were to beckon spring and those wearing costumes were sure to have good luck. That medieval custom, which found its way to Poland from West Europe, did not last and today we can only find out anything about it by visiting folk and ethnographic museums Perhaps that is why a Busó team from Poland travels to Busójárás in Mohács. 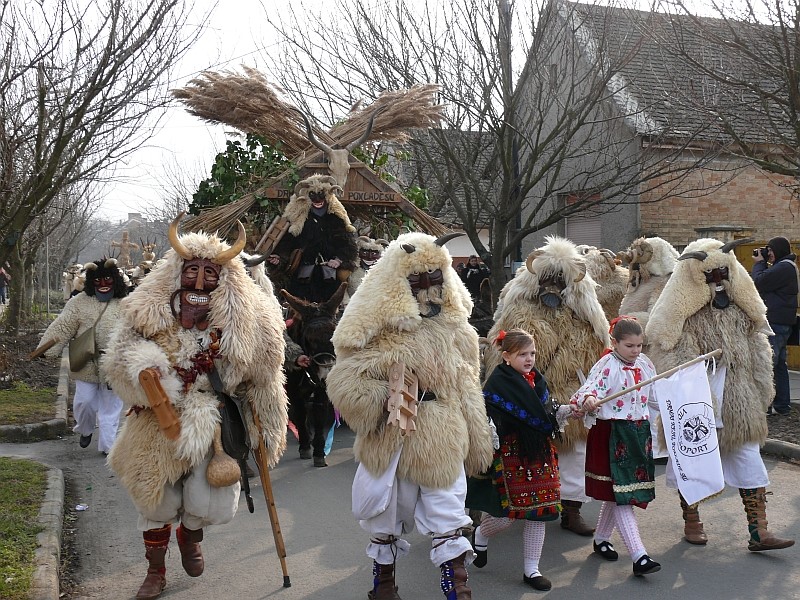 Three Carnival weekends are still in store for us and if you haven't done so already, there is still time to find or host a good dance party. And perhaps it would be worthwhile to jump on a train or take a car and head to Hungary – to try their Szalagos Farsangi Fánk, eat a fabulous goulash and wash it down with excellent local wine taking advantage of special deals on Torkos Csütörtök. And then, in the last week of Carnival, to visit Mohács and attempt to guess which of the parading Busós are our fellow countrymen.

The author is a political scientist and a photographer, editor of the wrodzinie.pl website.