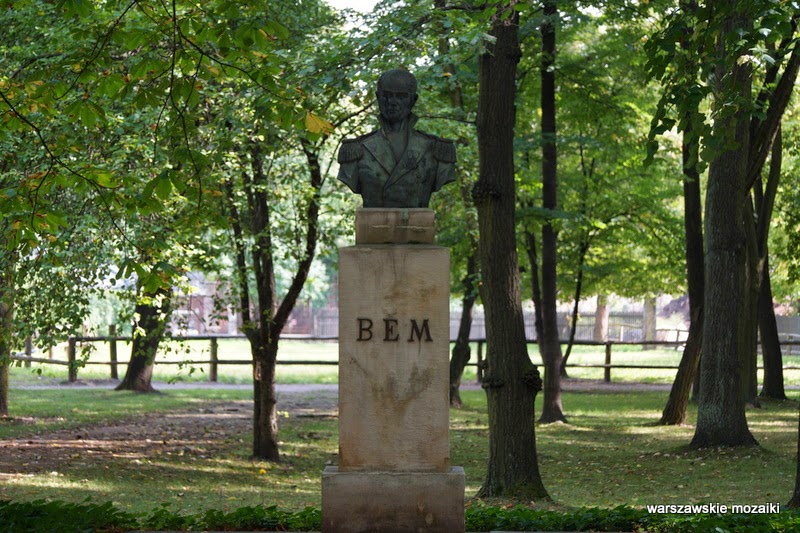 After the Napoleonic Wars, the superpowers decided to establish a new European order and carved out their areas of influence during the Vienna Congress. It was then that the Kingdom of Poland, a formally independent state, was created, united by a personal union and a military alliance with the Russian Empire. The act of establishing the Kingdom was in a way an undermining of the earlier partitioning acts, which erased Poland from the maps of Europe and the invaders undertook to abandon even the use of the name of our country. Nevertheless, the Kingdom of Poland under the sceptre of the Russian tsar was at least substitute of sorts of the former Republic of Poland.  A Polish Government was in place with a Polish army and Polish schools, and it would seem that Poles had everything they had fought for so stubbornly since the 1790s.  Practically from the beginning of the Kingdom's existence, however, they conspired and prepared a revolt which broke out on the night of 29 November 1830.

Why did this happen? There are certainly many reasons for the outbreak of the November Uprising. The Kingdom itself was only a small country in Central Europe, with a huge number of people outside its borders who felt Polish and now were forced to be subjects of the Habsburgs, Hohenzollerns or Romanovs. In the Kingdom itself, nominal freedoms, greater than those enjoyed by the Tsar's subjects in Russia, were not respected. The conduct of Grand Duke Constantine, the commander of the Polish army, who with his specific understanding of discipline often contributed to suicides aroused great dissatisfaction and frustration in the ranks of the officer corps. In the army itself the opportunities for promotion were far and few in between, many experienced officers remained after the Napoleonic Wars, the kingdom's standing army in peacetime was small and amounted to only two infantry and two cavalry divisions, therefore, most young officers were stuck, without the opportunity of climbing the ladder.

Poland was also the target of revolutionary currents flowing from various directions: both from Western Europe and Russia. Since the 1820s various conspiracy organizations were growing, including the most famous National Freemasonry, aiming at changing the situation of the Kingdom. They represented a concoction of social, civilizational and political ideas. The secret tsarist services hunted down conspirators and the courts imposed severe penalties, which led to an escalation of their efforts. Student Philomath Society and Filaret Association were broken up in the areas bordering the Kingdom of Lithuania, and Warsaw was abuzz with the news of their trials. The Decemberist revolt in St. Petersburg, bloodily suppressed by the tsarist authorities, gave Poles hope that the Romanov Empire was not a monolith.

It is hard not to appreciate the influence of Romantic literature on the moods of the Polish intelligentsia at that time, especially the influence of Adam Mickiewicz, who in 1822 published his volume "Ballads and Romances" and initiated the Romantic era in Polish literature. Romanticism the Polish way is a decisive primacy of spirit over matter, feelings over reason. It is a reference to the idealized power of the "people" and youth in opposition to the old hierarchy and the enlengthened cult of science. Polish Romanticism, like probably no other, was strongly connected with the aspirations for independence of Poles. An armed conflict, an insurgent uprising, took on a special significance. From that time on, the notion of "romantic uprising" became firmly rooted in Polish culture.

In the summer of 1830, a revolution broke out in Belgium, and revolutionary shocks swept through the whole of Western Europe. The superpowers, guardians of the order established at the Vienna Congress, were ready to use force to maintain the status quo. The army of the Kingdom of Poland, as part of the armed forces of the Tsarist Empire, was prepared to march out to the West to fight against Belgian and French insurgents alongside the Russian and perhaps Prussian armies. Such a solution did not suit patriotic Poles, especially young students and younger officers of the army. A small impulse, a spark cast on the ashes, was enough to move the revolutionary youth.

Interestingly enough, the senior officers who had experienced the Napoleonic Wars, were very reluctant to consider any possibility of unleashing actions against Russia. They were full of glory, their breasts proudly shone with Polish and French medals, they also remembered the nightmare of the endless, snowy stretches of the Tsarist Empire. From their tragic retreat from Moscow, they took away the conviction that Russia was some kind of a Leviathan, which swallowed armies that were hurting it. A Leviathan that cannot be defeated by force.

To some extent all these factors influenced the course of November Night and the Uprising it caused.  A small group of conspirators initially consisted of infantry cadets led by Lieutenant Piotr Wysocki and civilians - mainly writers and Warsaw students. Historical research indicates that the plan of the conspirators was relatively simple and made for a short period of time. They wanted to kidnap or even kill Grand Duke Constantine, the tsarist brother, provoke a general rebellion and then... more far-reaching plans can hardly be found in the actions of young conspirators who, at night on November 29, 1830, made their move.

The spirit of romanticism was hovering over the Uprising from the very beginning. The plans of the conspirators were unsuccessful - they failed to capture Grand Duke Constantine, attempts to drag the Kingdom army generals over to their side often ended with tragic scenes of shooting at the commanders trying to stop their charges. The Fourth Infantry Regiment did not want to join the Uprising at first. It seemed that it would all end in a manner similar to the Decembrist revolt in Russia. Handing out of weapons from the Arsenal to the civilian residents of Warsaw and the next few hours changed everything. Warsaw became the capital of insurgent Poland. The army of the Kingdom passed entirely to the insurgent side and units such as the 4th Regiment or the horse gendarmerie squadron, which on November Night were ready to shoot at the cadets, exhibited exemplary bravery in later battles. However, the course of the fighting seemed to be burdened by the spirit of conflict between the "old", representing a cool, realistic approach to reality, and the "young", romantics, eager to act.  At first morale was very good, command structure company, battalion and regimental levels – exemplary. The situation was worse with higher level commanders who, like General Józef Chłopicki, from the very beginning seemed not to believe in the viability of defeating Russia.

The Uprising failed after a few months, thousands of Poles were sent into exile. Even more of them went to the West in a wave of the Great Emigration. The memory of the romantic uprising was nurtured by them and influenced Polish culture throughout the 19th century and much of the 20th century. Poetry, music, drama, visual arts and even political reasoning were significantly influenced by the collective awareness of the uprising.